Investigators are working to learn how the fire started 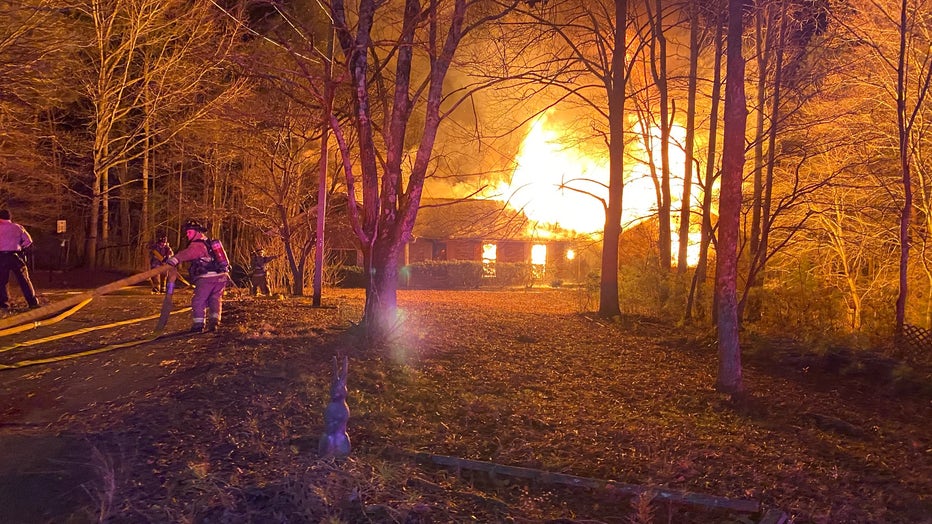 After the fire was extinguished, crews found the body of the man. (Paulding County Fire & Rescue)

Officials tell FOX 5 they were called to the home in the 200 block of Trace Road shortly after 11 p.m. Tuesday. The neighbor who called told Fire & Rescue the only resident, an elderly man, may have been inside.

"It was huge, I mean absolutely insane," said the neighbor, who did not want to be identified.  "You could feel the heat. The trees were blowing. I mean it was a huge flame coming out of the top of the house.  My wife and I went running down there."

Fire crews responded minutes after the call and arrived to find the two-story residence "fully involved." During operations, officials say the roof collapsed, forcing search and rescue teams out of the house. The fire was put under control around midnight.

Sadly, firefighters discovered the body of the 65-year-old resident inside the home. Officials have not yet released his identity pending next-of-kin notification.

If you have any information on the fire, please contact the Georgia Fire Marshall’s office at 404-656-0533.