Speaking at the White House, Biden sharply criticized the roughly 80 million Americans who are not yet vaccinated, despite months of availability and incentives.

Comedian and actor Patton Oswalt announced he is canceling his shows for his comedy tour in Florida and Utah because the venues are not complying with COVID-19 vaccine and testing protocols.

Oswalt took to his Instagram on Sept. 1 and told his followers that he had some good news and some bad news to share.

"The good news is that the Patton Oswalt Live Who’s Ready to Laugh Tour is going to be requiring audience members to be either show proof of full COVID-19 vaccination or proof of a negative COVID-19 test that will be taken within 72 hours of the time of entry or 48 hours, depending on your local venue regulations," Oswalt said.

The bad news, Oswalt said, is that he had to cancel five shows in Florida and one in Salt Lake City, Utah because the venues will not be requiring either proof of COVID-19 vaccination or a negative COVID-19 test to safeguard attendees from potential exposure to COVID-19, according to Oswalt. 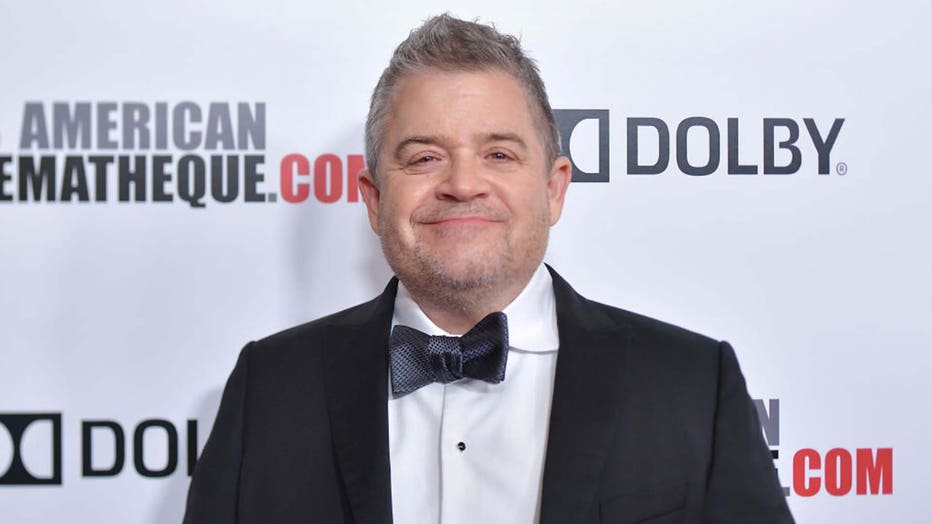 "This difficult decision was made due to the rising numbers of COVID cases and also because I have an ego but my ego was not big enough to think that people should die to hear my stupid comedy so hopefully, hopefully in the future, we can rebook those when sanity holds sway again, but this sucks. I was really looking forward to Florida, Salt Lake City," Oswalt said.

Florida is in the grip of its deadliest wave of COVID-19 since the pandemic began, a disaster driven by the highly contagious delta variant.

While the state’s vaccination rate is slightly higher than the national average, Florida has an outsize population of elderly people who are especially vulnerable to the virus, a vibrant party scene, and a Republican governor who has taken a hard line against mask requirements, vaccine passports and business shutdowns.

As of mid-August, the state was averaging 244 deaths per day, up from just 23 a day in late June and eclipsing the previous peak of 227 during the summer of 2020. Because of both the way deaths are logged in Florida and lags in reporting, more recent figures on fatalities per day are incomplete.

Hospitals have had to rent refrigerated trucks to store more bodies. Funeral homes have been overwhelmed.

In a positive sign, the number of people in the hospital with COVID-19 in Florida has dropped beginning in late August to early September from more than 17,000 to 14,200, indicating the surge is easing.

The U.S. Department of Health and Human Services posted data showing that 82.67% of Florida inpatient beds were occupied, down from 87.17% on Sept. 7. In all, that translated to 46,496 patients at 241 hospitals.

Overall, more than 46,300 people have died of COVID-19 in Florida, which ranks 17th in per-capita deaths among the states.

Florida Gov. Ron DeSantis has strongly opposed certain mandatory measures to keep the virus in check, saying people should be trusted to make decisions for themselves. He has asserted, too, that the spike in cases is seasonal as Floridians spend more time indoors to escape the heat.

Meanwhile, a Florida judge ruled Wednesday that the state cannot enforce a ban on public schools mandating the use of masks to guard against the coronavirus, while an appeals court sorts out whether the ban is ultimately legal.

In August, Utah Gov. Spencer Cox cast doubt on the efficacy of mask-wearing as health leaders made some of their most impassioned pleas yet for state residents to mask up and get vaccinated.

Cox, a Republican, said his administration is encouraging people to wear masks but said it is unclear whether they are effective against the highly contagious delta variant of the coronavirus.

"Masks are not as effective as most of the pro-mask crowd are arguing," Cox told reporters at a news conference. "We know that they’re just not."

About 62.1% of Utah residents ages 12 and older were fully vaccinated as of Sept. 9, state data shows.

The Associated Press and FOX 35 Orlando contributed to this report.