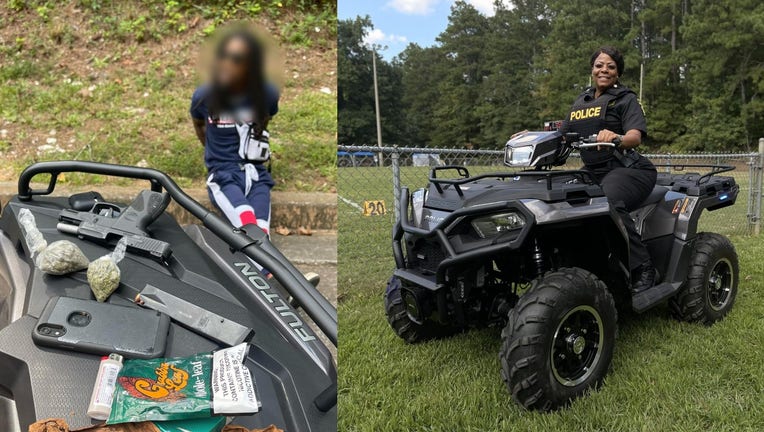 SOUTH FULTON, Ga. - South Fulton police say they arrested a parent found with a firearm and drugs close to where children were playing at a local park.

Officials with the South Fulton Police Department say the arrest happened while park rangers were patrolling Welcome All Park Saturday.

According to police, parents alerted the park rangers of another parent who had drugs and a gun.

The police department shared a photo of the arrested parent on the side of a road with the gun and alleged drugs on the ranger's vehicle.

At the time of the arrest, officials say it was the opening day of youth football.

"We will not tolerate the use of drugs in our city parks," the department wrote.

Officials have not released the suspect's identity or what he will be charged with.