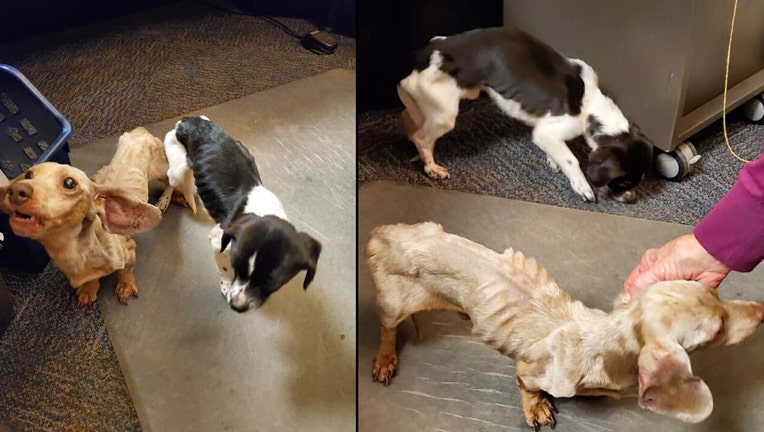 DELAVAN, Wis. - At least one person is facing charges after two malnourished dogs were found wandering a Walmart parking lot in Wisconsin on Thanksgiving night.

The City of Delavan Police Department posted photos of the dog after customers found them in the parking lot of the store.The two male dogs appeared to be just skin and bones.

Authorities posted the photos hoping to get help in locating the owner. In an update, police thanked the community for sharing the photos and say the owner of the dogs had been located, but will not be getting the them back.

"The owner will be charged with animal abandonment and mistreating animals," the department wrote on Facebook.

The dogs are receiving medical care at the Lakeland Animal Shelter. Once the dogs are ready, they will be put up for adoption.

If you would like to help with their medical care, a GoFundMe has been set up where you can donate.