LOS ANGELES - Shirley Knight, the Kansas-born actress who was nominated for two Oscars early in her career and went on to play an astonishing variety of roles in movies, TV and the stage, has died. She was 83. 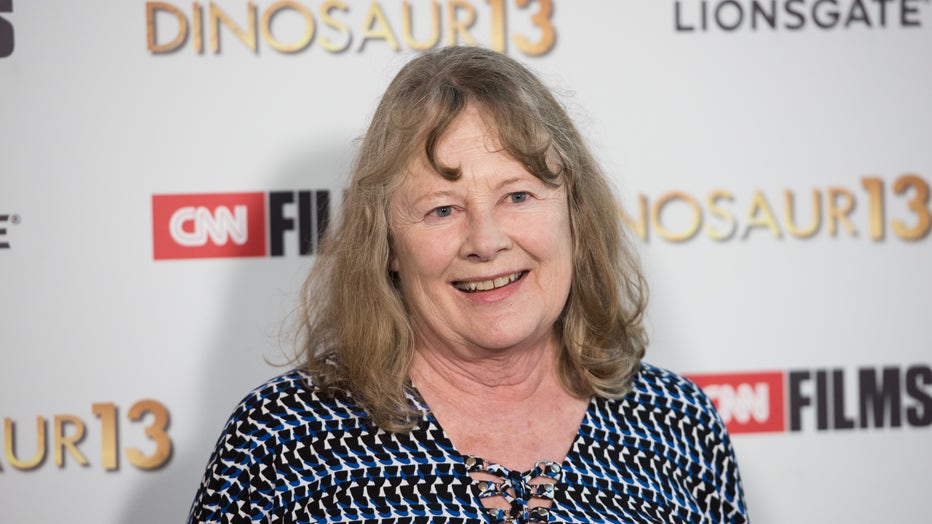 Knight passed away Wednesday at her daughter’s home in San Marcos, according to her daughter Kaitlin Hopkins.

Knight’s career carried her from Kansas to Hollywood and then to the New York theater and London and back to Hollywood. She was nominated for two Tonys, winning one. In recent years, she had a recurring role as Phyllis Van de Kamp (the mother-in-law of Marcia Cross’ character) in the long-running ABC show “Desperate Housewives,” gaining one of her many Emmy nominations.

Knight’s her first Academy Award nomination for best supporting actress came in just her second screen role, as an Oklahoman in love with a Jewish man in the 1960 film version of William Inges’ play “The Dark at the Top of the Stairs.”

She was nominated for best supporting actress two years later for her role as the woman seduced and abandoned by Paul Newman in the 1962 film “Sweet Bird of Youth,” based on the Tennessee Williams play.

As success beckoned in 1960, she told columnist Hedda Hopper that she was struggling to keep on an even keel and keep bettering herself as an actress.

“So many actors, once they became famous, lose some beautiful inner thing, something they should try hard to keep,” she said. “They begin to think too highly of themselves and success.”

For a time, she lived in New York, where she studied with Lee Strasberg. She turned down an offer to play Ophelia to Richard Burton’s Hamlet, preferring to appear on Broadway in 1964 with Geraldine Page and Kim Stanley in Anton Chekhov’s “The Three Sisters,” a play directed by Strasberg.

Her beauty helped bring her roles in such films as “The Group” (1966), based on Mary McCarthy’s novel about the lives of a group of college girls, and “Dutchman” (1967), from Amiri Baraka’s explosive one-act play about a middle-class black man and a sexually provocative white woman. After playing a pregnant woman who runs off with a football player in Francis Ford Coppola’s “The Rain People,” released in 1969, she wearied of the Hollywood routine, terming the studio bosses “blockheads.”

Knight moved to England with her second husband, British playwright John Hopkins, with whom she had a daughter, Sophie. (Her first husband was producer Gene Persson, father of her older daughter, Kaitlin).

Over the next few years, she raised her daughters and did needlework. But “I decided that acting is what I do best,” she said. The family moved back to the U.S. and she returned to films in “Beyond the Poseidon Adventure.” She also appeared in such films as “Endless Love” (as Brooke Shields’ mother), “As Good as It Gets” (as Helen Hunt’s mother) and “Divine Secrets of the Ya-Ya Sisterhood.”

Meanwhile, she thrived on stage and television. She won a Tony award in 1976 as best featured actress in a play for “Kennedy’s Children.” Knight played, in the words of The New York Times review, “a very tart tart with an ambition of gold.”

She was nominated for another Tony in 1997 for best actress in Horton Foote’s “The Young Man From Atlanta.” As the Times put it, “the splendid Ms. Knight, who doesn’t waste a single fluttery gesture, brings an Ibsenesque weight to a woman frozen in the role of petulant, spoiled child bride.”

Knight became active in television starting in the ’80s and was nominated for Emmys eight times from 1981 to 2006. She won a guest actress Emmy in 1988 for playing Mel Harris’ mother in “Thirtysomething,” and then won two Emmys in the same year, 1995: one for a supporting actress role in the TV drama “Indictment: The McMartin Trial,” and a second for a guest actress role as a murder victim in “NYPD Blue.”

She was born Shirley Enola Knight on July 5, 1936, in the Kansas countryside, 10 miles from the town of Lyons. Her family was musical and she learned to sing, tap dance and play instruments.

She was the first in her family to enter college, winning a scholarship to a church college in Enid, Oklahoma, then moved to Wichita State University. She appeared in 32 plays in two years and did two seasons of summer stock.

She aimed to become an opera singer, then switched to acting when she saw Julie Harris in a touring company of “The Lark.” She traveled west to study acting at the Pasadena Playhouse. Warner Bros. signed her to a contract.