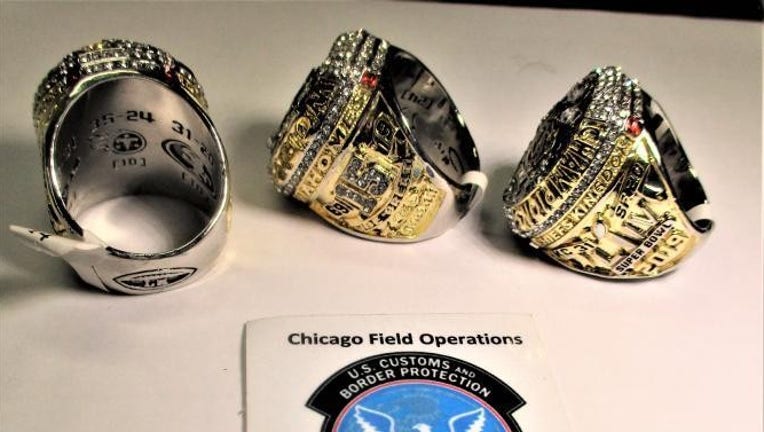 Counterfeit Kansas City Super Bowl rings and other rings were seized by officers investigating a shipment from China. (U.S. Customs and Border Protection)

On March 3, CBP officers at the agency's Express Consignment Operations hub in Louisville, Kentucky detained a shipment from a company in China that was heading to a home in Wesley Chapel, Florida.

During their inspection, officers found over $345,000 worth of fake championship rings from the NBA, NFL, and MLB.

An import specialist working with the CBP determined the rings were in violation of intellectual property rights and trademark issues.

"Counterfeit jewelry continues to flood e-commerce market and these rings were focused on a select group of sports collectors and their fans," said LaFonda D. Sutton-Burke, Director, Field Operations-Chicago. "Our officers are well-trained to find counterfeit merchandise like these in support of CBP’s mission of protecting the American public and the American economy."

Officials warn consumers to be aware of possible forgeries when buying online and try to purchase authentic goods from reputable vendors.