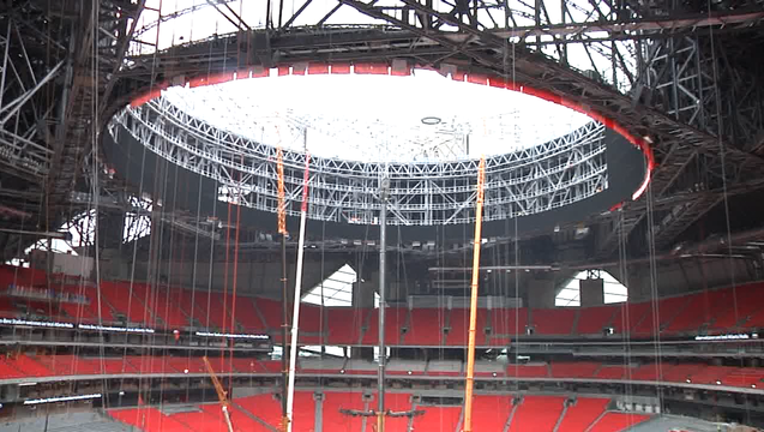 ATLANTA - The retractable roof of the new Mercedes-Benz stadium won’t be ready to go in time for its opening event, an official confirmed to FOX 5 on Tuesday.

The stadium is still on track to open on August 26th for the Atlanta Falcons’ pre-season game against the Cardinals.

However, officials told FOX 5 that work on the stadium’s retractable roof won't be complete by then.

Stadium officials plan to have it open later this fall.