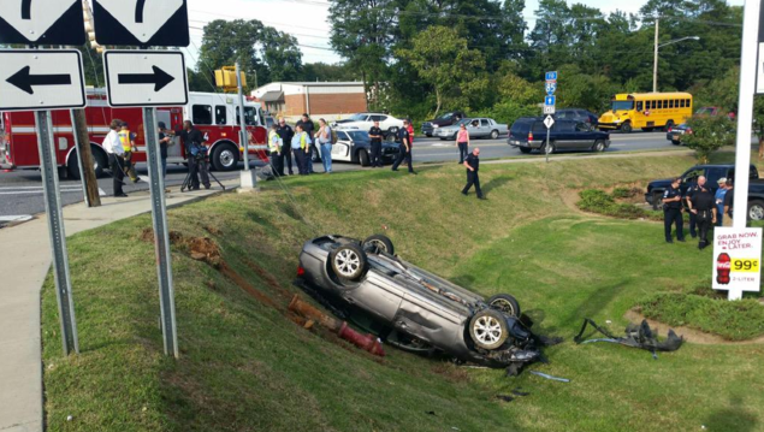 Patrol Officer Casey Justice and Traffic Officer Lex Popovich responded to a careless and reckless driver Thursday around 4:19 p.m. The accident happened at the intersection of north New Hope Road and Ozark Avenue.

As the officers arrived at the scene, a Bessemer City driver hit the two police cars and two other cars before she hit a guy-wire and fire hydrant. She went down a 12-foot embankment and flipped her car, according to police.

She was taken to CaroMont Regional Medical Center. When police asked her name she said. "Faith, hope and love."

No one else was injured in the incident which is under investigation.