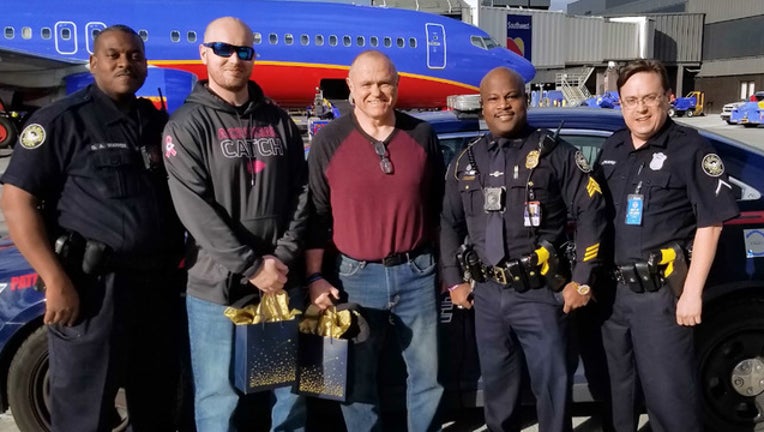 ATLANTA (FOX 5 Atlanta) - A retired Missouri police officer who was shot in the line of duty received a hero's welcome from the Atlanta Police Department when he came to town for the Super Bowl.

Officer Aaron Pearson was working for the Springfield, Missouri Police Department when he was shot on January of 2015.

As a thank you for his service, Pearson and his father, who also works in law enforcement, were given tickets to Super Bowl LIII by the CEO of Omnigo Software.

As Pearson and his father flew to Atlanta, they were welcomed by members of the APD at Hartsfield-Jackson International Airport.

The officers escorted Pearson to his hotel.

"APD was proud to be there to escort the Pearson family and hope they have a great experience together," the APD said on a Facebook post sharing their meeting with Pearson.