The recently-opened Social Fox Brewing is the first craft brewery in the city of Norcross.

NORCROSS, Ga. - You can blame metro Atlanta traffic for a lot of things, but sometimes, being bumper-to-bumper is exactly the inspiration you need.

So Keyes and his buddy Michael Greene, along with Scott Norwood and Mark Klafter, started crafting a business plan for a brewery — one that quickly attracted the attention of Norcross. 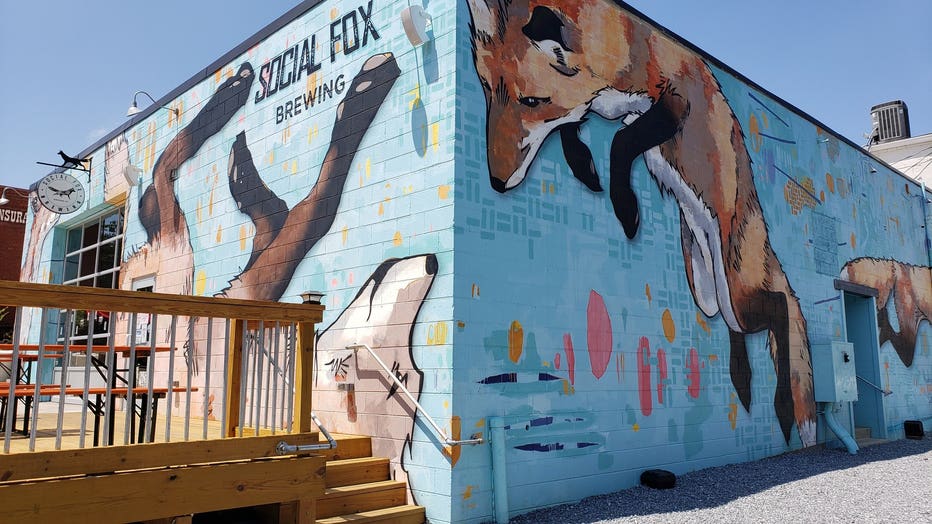 “They came to us and said, ‘Hey guys, just come down, check out Norcross, and let’s see if we can make something happen,’” says Keyes.  “The walking district is huge. The open container law is huge for this area. The restaurants, the shops … I mean, it just felt right.”

The guys took over a building at 20 Skin Alley back in the fall of 2019, and the colorful mural outside inspired the new name — Social Fox Brewing.  Everything was coming together … and then the world shut down.

“Scary,” says Keyes, describing the feeling of opening a business during a pandemic. “Scary is probably the biggest thing because we didn’t know what was going to happen.”

What happened was that Social Fox Brewing rolled up their big garage door and starting selling beer to-go, which the team called “the lemonade stand.”  Keyes says the immediate community support was overwhelming.  And now that the taproom is open — with seating at 50-percent capacity inside and on the outside patio — the team says social distance hasn’t stopped Social Fox from brewing up something special.