Nashville detectives are asking for the public’s help as they investigate the mysterious shooting of a beloved nurse killed last week as she was driving to her job at a hospital.

Detectives assigned to Caitlyn Kaufman’s homicide case said Monday they want to hear from anyone who was traveling on Interstate Highway 440 on Thursday evening and was in the area where the shooting happened. 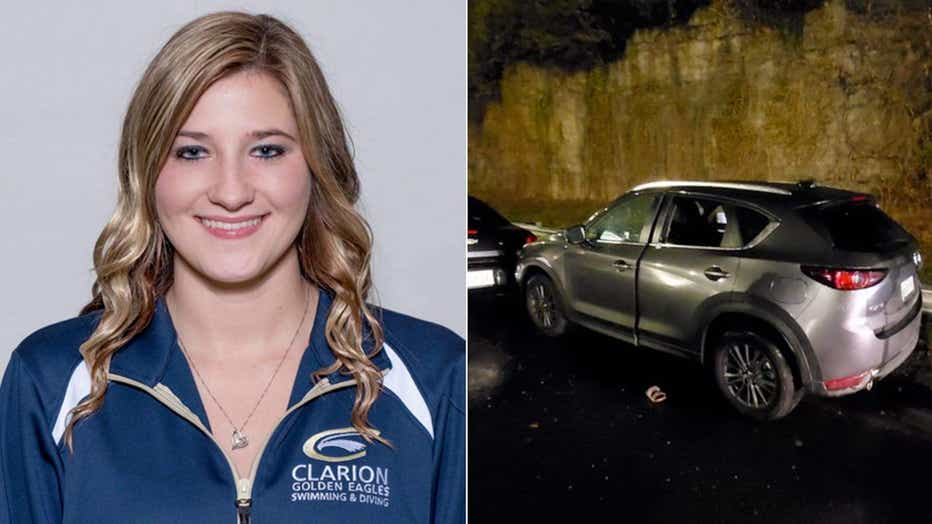 Caitlyn Marie Kaufman, 26, worked as an ICU nurse at a Nashville hospital. Photo shows her SUV after she was shot Thursday evening on I-440. (Clarion University/Metro Nashville Police Department)

The shooting happened during a five-minute window shortly after 6 p.m. before Kaufman was due to start her shift as an intensive care unit nurse at Nashville’s Saint Thomas West Hospital, police said. Her shift began at 7 p.m., they said, adding that she used the interstate to get to the hospital from her home in Lebanon.

Six shots were fired into her vehicle and one struck her in the left shoulder, killing her almost instantly, Homicide Detective Chris Dickerson said.

“Caitlyn didn’t have time to get to her cellphone to call 911,” he said.

Dickerson said they were looking at road rage as a motive, but they were also “looking at every aspect that comes up.”

Kaufman’s mother said her daughter, who grew up in Pennsylvania and always wanted to live in Nashville, was a very compassionate young woman and had a heart of gold.

She didn't know who would want to hurt her daughter.

"Caitlyn didn't have enemies," Kaufman told The Tennessean. "It was the wrong place at the wrong time. My heart is shattered."