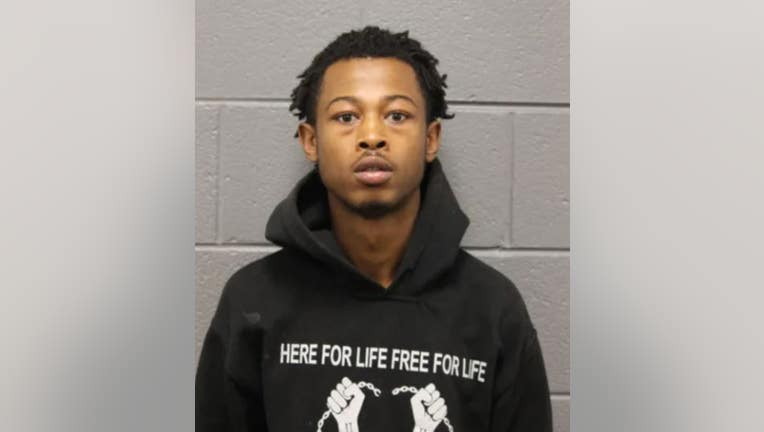 Joshua Scarver, 18, of Austin, was charged with first-degree murder in the Sept. 16 slaying of 20-year-old Charles Starks, the Chicago Sun-Times is reporting.

Scarver’s mother acknowledged in a videotaped statement that she personally saw her son fire multiple gunshots during the attack in the 600 block of North Central Avenue, prosecutors said. Scarver, who was just 17 at the time, was held without bail. If convicted, he faces a possible life sentence.

The shooting followed "several hostile incidents" between rival gang factions, including an incident a week earlier during which Scarver forcibly stole money and cannabis from Starks and an individual who witnessed the fatal shooting, prosecutors said. Friends of Starks later retaliated and fought with Scarver, prosecutors said.

The conflict came to a head about 6:45 p.m. Sept. 16, when Starks and the witness were biking through an alley in the 600 block of North Central Avenue and ran into Scarver, prosecutors said. Scarver then punched Starks, walked to an SUV and started firing off a handgun.

Starks was struck three times as he and the other individual attempted to ride off, prosecutors said. The other apparent target ultimately fled to a youth center, called 911 and gave police the location of the attack.

Starks was found unresponsive in the alley and later pronounced dead at a hospital, prosecutors said. Twenty-five shell casings were found strewn throughout the alley.

Chicago's top cop is looking to solve some of our recent rash of violence with cash rewards.

A witness reported hearing as many as 10 gunshots from inside his home, prosecutors said. When the witness stepped outside, he heard roughly 10 more shots and saw a black male holding a handgun and entering the passenger side of an SUV on a nearby parking slab that took off.

Investigators learned an SUV that parks in that spot belongs to Scarver’s mother, prosecutors said. While she’s not the registered owner, prosecutors noted police have stopped her in the vehicle.

After conducting surveillance on the SUV, police took Scarver and his mother into custody on Friday, prosecutors said. Investigators then determined the mother was a witness in the case — not a possible offender.

In a videotaped interview, she told investigators she saw her son emerge from the SUV with a handgun during the fight with Starks, prosecutors said. She then saw her son shoot "repeatedly" at Starks before returning to the SUV, where she said he started shooting again. For his part, Scarver gave several different accounts before admitting "he was present in the alley and shot at the victim."

Prosecutors noted Carver hadn’t previously been arrested as an adult, though he has a juvenile background. That includes an aggravated robbery arrest in 2017 that resulted in a sentence of two years probation, prosecutors said.

Scarver’s public defender described him as a high school student who’s active in his church community and who recently started working as a package handler.

Citing the wealth of evidence, including his mother’s statement, Judge Susana Ortiz ordered Scarver held without bail. "There’d be no better person to be familiar with Mr. Scarver’s identify than his mother," Ortiz noted.

Though Ortiz barred Scarver from having any contact with witnesses, she said that order could be readdressed if he needs to speak to his mother.