A judge denied bond for Tityanna Phillips, who is accused of intentionally ramming the car of her baby's father and killing the 3-month-old.

ATLANTA - The mother who is accused of intentionally ramming an SUV into a car carrying her infant, which lead to the child's death was denied bond during her first court appearance Wednesday afternoon.

Tityanna Y. Phillips is charged with felony murder for the death of her three-month-old baby and two counts of aggravated assault.

"Due to the nature of the charges, Ms. Phillips will be held without bond," said Fulton County Magistrate Judge Debbie-Ann Rickman.

Atlanta police say a mother was charged with felony murder after intentionally ramming a truck into a car with her infant and the child's father inside.

Atlanta Police said around 7 p.m. Monday evening the child's father, Undre Henderson, loaded the baby into the car and tried to drive away.  Phillips then used a truck to strike the back of Henderson's car more than once and the vehicle ended up slamming into a telephone pole and tree near the intersection of Chappell Road and Eason Street. 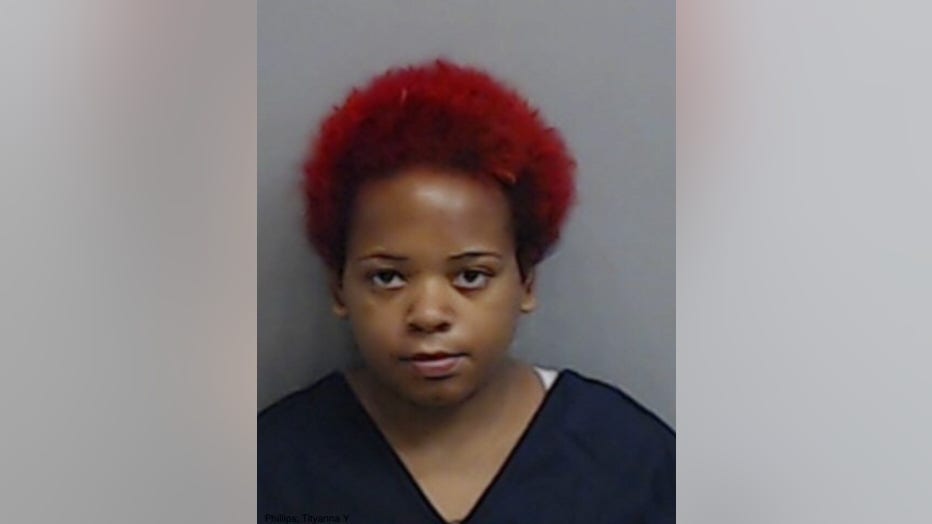 Emergency crews were forced to cut the vehicle open to pull the father and infant from the car.

The three-month-old, Khy'undre Henderson was rushed to an area hospital, but later died.

As of Tuesday evening, Undre Henderson remained in the hospital.