The losses will likely continue into May.

The Wednesday report from payroll company ADP showed the tragic depth and scale of job losses that left no part of the world's largest economy unscathed. The losses will likely continue through May, with a recovery in hiring likely to begin in the months that follow, said Mark Zandi, chief economist at Moody's Analytics.

“This is one for the record books," Zandi said. ”The good news is that we're at the apex of the job loss."

Even though Zandi expects hiring to resume in June as states ease lockdowns, he cautioned that it will be a “slog” over several years to recover all the jobs lost in April.

The private industry report comes two days ahead of the official monthly job figures from the U.S. Labor Department. Economists believe the Friday report will reveal unemployment in the U.S. stands at a shocking 16%, up from 4.4% in March.

According to ADP, the leisure and hospitality sector shed 8.6 million workers last month. Trade, transportation and utilities let 3.4 million people go. Construction firms cut nearly 2.5 million jobs, while manufacturers let go of roughly 1.7 million people. The health care sector cut 1 million jobs, but education services eked out a gain of 28,000 as colleges and universities do not appear to have forced significant layoffs that could come later this year. 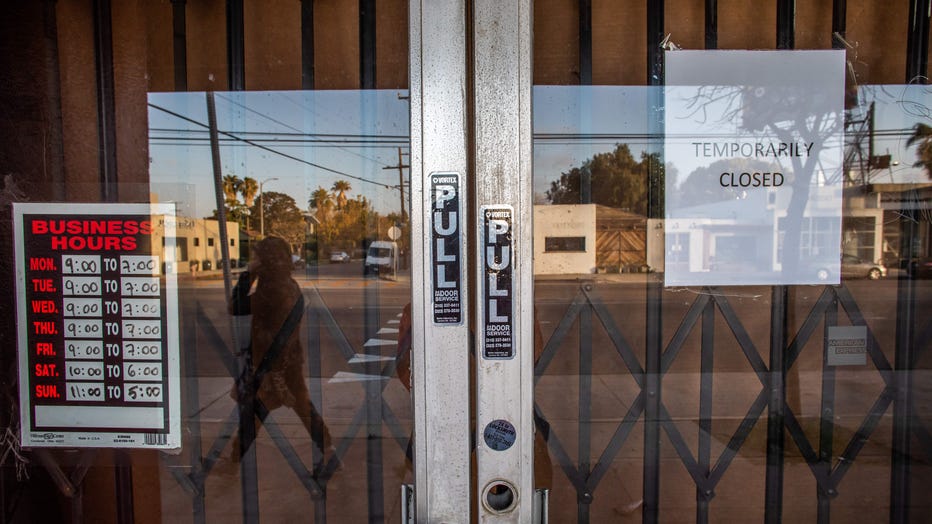 A framing art gallery is closed during the COVID-19 novel coronavirus on April 01, 2020 in Venice Beach, California. (Photo by APU GOMES/AFP via Getty Images)

More than half of April's job losses came from smaller companies with 500 workers or fewer. But larger employers cut 8.9 million jobs. Polling by The Associated Press and NORC Center for Public Affairs Research indicates that nearly eight in 10 households that suffered job losses expect to return to their previous employer.