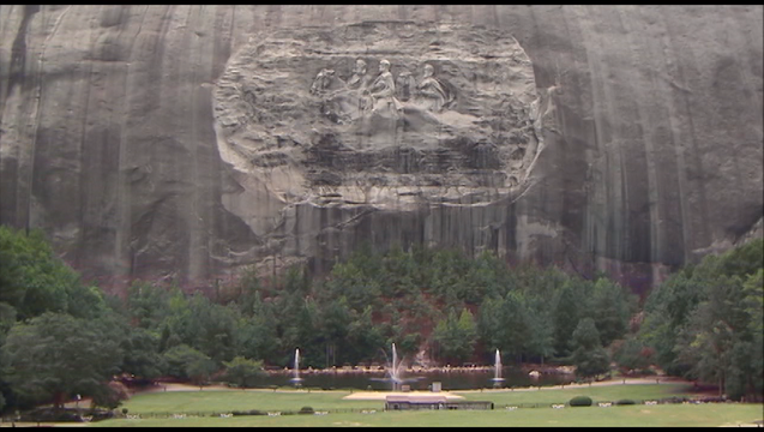 STONE MOUNTAIN, Ga. - Planning is underway to place a Liberty Bell replica atop Stone Mountain near Atlanta as a memorial to the Rev. Martin Luther King Jr. that recalls a famous line from his "I Have a Dream" speech, officials say.

"Two years ago, celebrating the 50th anniversary of Dr. King's speech, a small group of Georgia's civil rights leaders met atop the mountain to ring a bell," Stephens said in an email to journalists. "This began thought and discussions which evolved into the present concept of a Freedom Bell."

Because King's 1963 speech is copyrighted, permission of King's heirs would be required. Stephens said the planning was just beginning and many details remain to be worked out.

"Discussions have taken place with the King family and are taking place now," Stephens told The Journal-Constitution. "Their initial reaction is very favorable. But we haven't completed those discussions yet."

The King monument would not replace any of the current monuments, which would remain, Stephens said.

Calls from The Associated Press to the King Center were not immediately returned Monday.

Stone Mountain has a divisive history. The Ku Klux Klan once held notorious cross-burnings on the mountain. A display of Confederate flags near its base has drawn renewed criticism after the mass shooting in June that claimed nine lives at an historic black church in Charleston, South Carolina.

Some critics have suggested in recent years that the enormous Confederate carving, larger than a football field with the Southern generals astride their horses, should be sand-blasted away. The carving was completed in 1972, more than 50 years after work began.