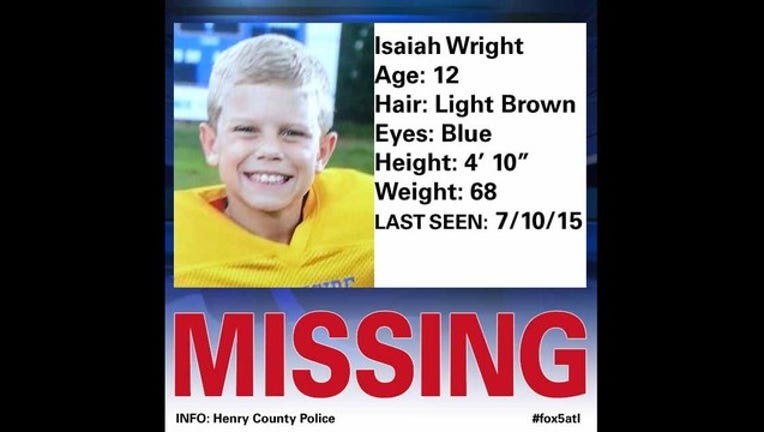 UPDATE: Police have found him safe
-----
Police are searching for a missing 12-year-old Henry County boy.

Police describe Wright as being 4 feet, 10 inches tall and weighing about 68 pounds with light brown hair and blue eyes. He was last seen wearing an orange shirt and blue shorts.

Police have listed Wrights as being a Critical Missing Juvenile due to his age. Police said they do not believe there is any foul play involved and that Wright most likely left on his own.

Anyone who sees Wright is asked to call 911.