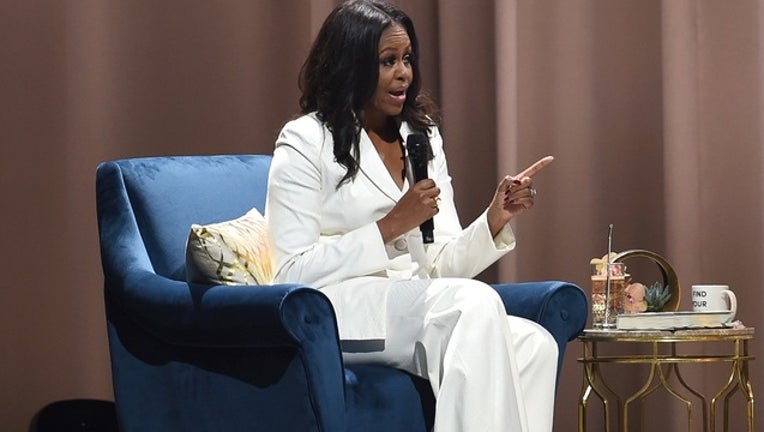 Former First Lady and author Michelle Obama appears onstage at Becoming: An Intimate Conversation with Michelle Obama at the Forum on November 15, 2018, in Inglewood, California. (Photo by Kevin Winter/Getty Images)

The former First Lady's memoir, "Becoming: Michelle Obama," quickly rose to the top of the New York Times Best Seller list in 2018, making it one of the most popular memoirs on a political figure of all time, according to the Associated Press.

Mrs. Obama's event at State Farm Arena is sold out.

Television host and "O, The Oprah Magazine" editor-at-large Gayle King will be moderate the Atlanta conversation. The book tour, titled "Becoming: An Intimate Conversation with Michelle Obama," has been moderated by other popular television personalities, including Jimmy Kimmel, Conan O'Brien and Rachael Ray. Former senior advisor to President Barack Obama Valerie Jarrett was also among the speakers.

Mrs. Obama and Live Nation will donate a portion of ticket revenue in each market to various organizations, including, but not limited to, charities, schools, book clubs, and community groups in each city the tour visits, according to a news release.

Atlanta is the second-to-last stop on Mrs. Obama's tour, which will wrap in Nashville, Tennessee Sunday.

RELATED: Michelle Obama’s ‘Becoming’ may be best-selling memoir ever