A metro Atlanta man is taking his coffee business on the road.

ATLANTA - With the pop of a tent, the shake of a drink, and the snap of a to-go cup lid, Mike Twigg is a man in business.

Twigg is the owner of MET BrewMasters, which is currently something of a cafe-on-wheels.  His specialty is Nitro Coffee, which is cold brew coffee infused with nitrogen.

"It's colorless, it's odorless, and it's tasteless,” he says of nitrogen.  “What it does do, it adds a slight hint of sweetness to the coffee. But what it also does, it gives you that visual aspect of the coffee, because the coffee's going to start cascading and create a head on the top.  Just like a Guinness."

Twigg serves up his Nitro Coffee right from the back of his newly-purchased van.  But his business wasn’t always a mobile one; in fact, he says the idea didn’t pop up until the entire world shut down. 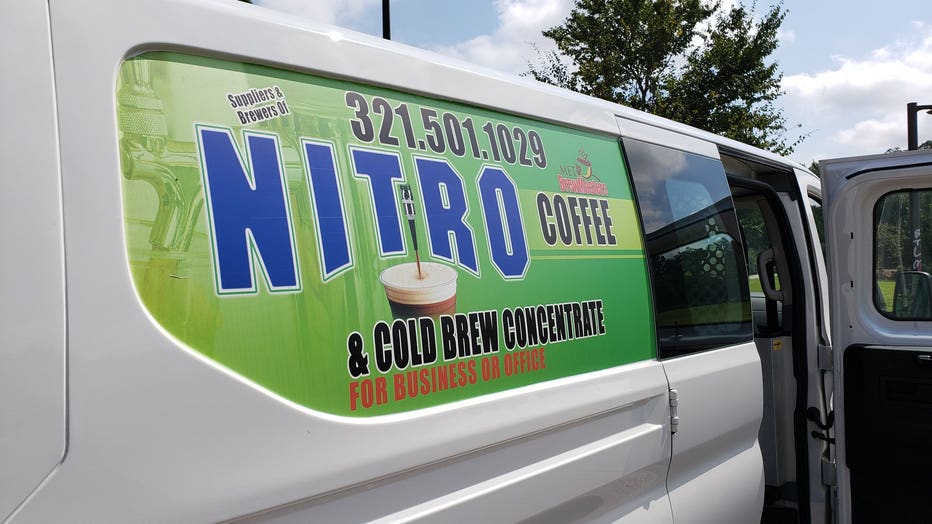 "What is used to be, I would brew the Nitro Coffee and supply the coffee and a Kegerator to corporate offices around Buckhead, Midtown, etc.,” he says.   "But, of course, since the pandemic came along, nobody's going in their offices.  So, it's like, how am I going to keep my business afloat?"

No, with his fully outfitted “coffee caravan,” Twigg takes his product straight to the people — visiting apartment complexes, neighborhoods, businesses, and fundraisers.  It may not be how he envisioned MET BrewMasters, but Twigg says as long as he’s spreading a little caffeinated joy right now, his cup is overflowing.

"It's great!  I mean, I've got the shade, the table so we can comply, obviously, keep the six foot distance...it's just an awesome unit to take out and about."

For more information on MET BrewMasters and booking a coffee delivery, click over to the company’s website here.