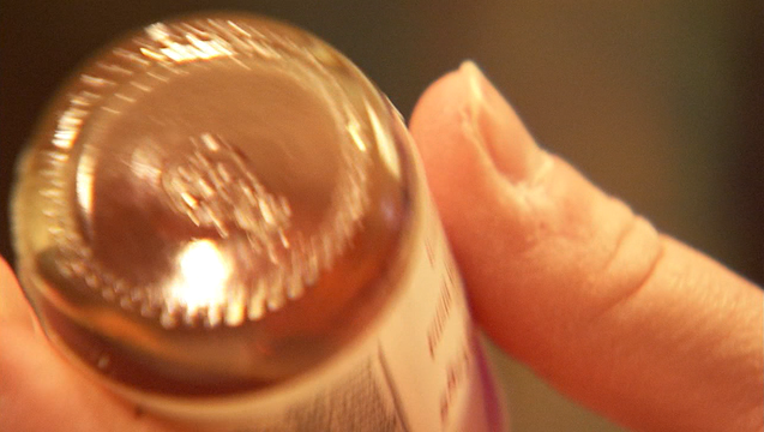 COLUMBIA, S.C. (AP) - South Carolina Rep. Eric Bedingfield once shunned all marijuana use, but when his eldest son's six-year struggle with opioid addiction ended with his overdose a year ago, the conservative Republican co-sponsored medical cannabis legislation.

"My mindset has changed from somebody who looked down on it as a negative substance to saying, 'This has benefits,'" Bedingfield said recently.

The 50-year-old teetotaler believes marijuana may effectively wean addicts from an opioid dependence. Ultimately, the Marine veteran hopes medical marijuana can be an alternative to people being prescribed OxyContin or other opioid painkillers to begin with, helping curb an epidemic he's seen destroy families of all economic levels.

While 28 states allow comprehensive medical marijuana programs, only two of those are in the South. Arkansas and Florida voters approved theirs through the ballot last November. Neither is in place yet. A law signed in Louisiana last year, also not yet in effect, doesn't allow the smoking or vaping of marijuana.

This year's renewed push in South Carolina is bolstered by some of the state's most conservative legislators, such as Bedingfield, whose opinions have shifted due to personal losses or the pleadings of parents and pastors in their districts.

Three years ago, state lawmakers passed a very narrow law allowing patients with severe epilepsy, or their caregivers, to legally possess cannabidiol, or CBD, a non-psychoactive oil derived from marijuana. Bedingfield voted against that idea.

Bill Davis, a Christian author who leads a Bible study for people fighting drug addiction, said he was bedridden before trying marijuana. Diagnosed two years ago with idiopathic pulmonary fibrosis, a lung disease with no cure, he was put on an experimental drug with "horrible side effects."

"I had to decide whether I wanted to die of lung disease or kidney or liver failure," Davis said.

Then he started vaping marijuana, which he says allows him to control the amount of CBD and THC he receives.

"I'm praying this state will allow me to be treated legally for me to live" using "a plant that God made," he said.

Republican Rep. Jonathon Hill said he signed onto the bill after hearing Davis' story over dinner at his home.

"He is living, walking proof that there can be some very real benefits," he said.

A bill allowing people with a debilitating medical condition, or their adult caregivers, to legally possess 2 ounces (57 grams) of marijuana advanced last month to the House's full medical committee. Its Republican backers tout the bill's "seed-to-sale tracking" as guarding against recreational use. A Senate subcommittee is considering an identical bill.

"We shouldn't be forcing a choice between breaking the law or not taking care of members of your family," said Republican Rep. Bill Herbkersman.

Marijuana was the only thing that gave his brother an appetite and kept the pain at bay before he died of skin cancer in 2011, Herbkersman said.

"They call it a gateway drug, but sometimes it's just a gateway to a little bit better life, or what you have left of a life," he said.

Jarrod Bruder, director of the state Sheriffs' Association, told the House panel that sheriffs can't support legalizing a drug the federal government still puts in the same class as heroin and cocaine.

His predecessor, however, stunned observers when he stood to support the bill.

Jeff Moore, who retired in 2014 after 32 years leading the association, credits marijuana with saving his son's life. But he says it also prevents his son, an Army veteran, from coming home to South Carolina for fear of being arrested.

In 2008, six weeks into his son's first of two tours in Iraq, their convoy was surrounded in Mosul. He watched as five of his friends were killed by an IED and he fought for his life for 2 ½ hours. He suffers from PTSD and traumatic brain injury as that battle scene and others replay in his mind. He was honorably discharged after two suicide attempts, Moore said.

Eventually, his son's father-in-law, a Vietnam veteran, convinced him to move near him in Michigan, where he can legally smoke a high-CBD, low-THC strain of marijuana Moore says does not get him high. He's stopped drinking, returned to college and organized an all-veteran support group. He is also an elder in his church, Moore said.

"His life has made a complete, 180-degree turnaround. Had he stayed in South Carolina, he'd have ended up killing himself," Moore said.