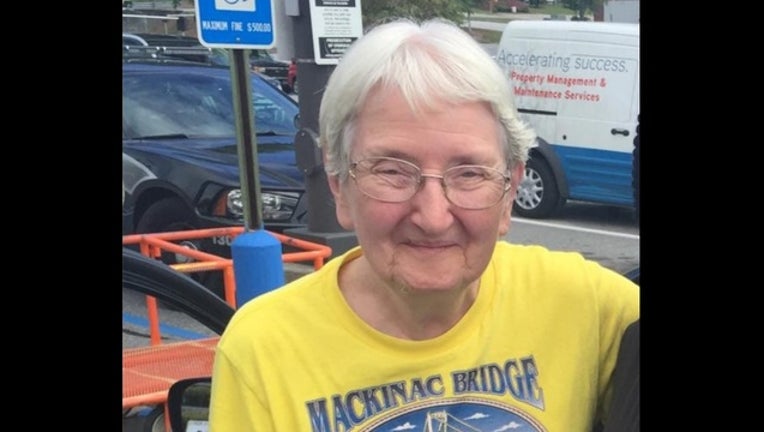 UPDATE: Police said they have found her.

A Mattie’s Call has been issued for a 72-year-old woman in Cobb County.

Police describe Ferguson as being 5 feet, 5 inches tall and weighing about 130 pounds with blue eyes and grey hair. She was last seen wearing a yellow t-shirt and blue pants. She is believed to be driving a blue 2003 Toyota Camry with Michigan tag 1KPM19.