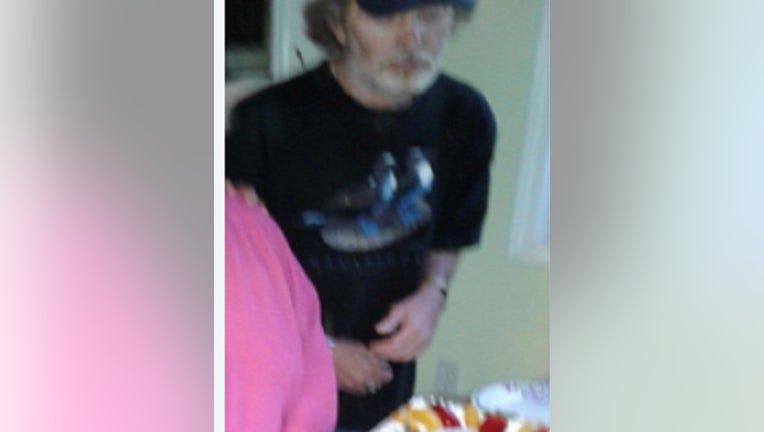 DUNWOODY, Ga. - Police in Dunwoody are searching for a 58-year-old man. A Mattie's Call, Georgia's emergency missing alert for disabled or elderly persons, has since been issued.

Parrish Christopher Platt was last seen at 4:30 p.m. on Thursday at his home on Winters Chapel Road, Dunwoody police said.

Platt is described by police as being 5-feet-11-inches tall and weighing 175 pounds. He was last seen wearing an older straw hat, sunglasses around his neck, a light blue long sleeve shirt depicting a panda eating bamboo on the front, black pants, and black shoes.

Police said Platt is disabled, has been diagnosed with Parkinson’s disease, and has a diminished mental capacity. He does not have the ability to communicate verbally.

Platt is known to walk along the Winters Chapel corridor from his home to Peachtree Industrial Blvd.