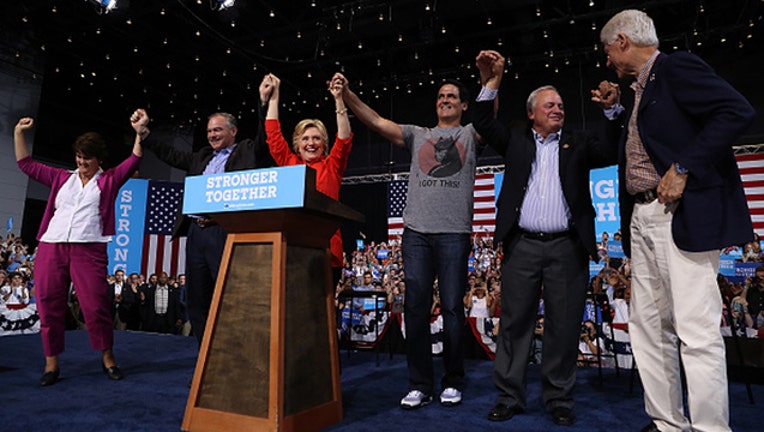 For weeks the billionaire owner and tech mogul has been shredding Trump on Twitter. On Saturday he returned to his hometown of Pittsburgh and made an appearance at a Clinton rally to make his endorsement.

"Leadership is not yelling and screaming and intimidating," Cuban said. "You know what we call a person like that in Pittsburgh? A jagoff. Is there any bigger jagoff in the world than Donald Trump?"

Cuban also taunted Trump by starting his brief speech by saying hello to Trump in Russian. Trump was heavily criticized last week for publicly asking the Russians to hack and release Clinton’s emails.

Cuban, who stood center stage and at one point clasped hands and raised them up with Clinton, emphasized what he believes is at stake in this election.

"You have to convince all your friends — you have to tell everybody you know that this is one of the most important decisions they'll make for this country," Cuban said. "This country needs the leadership of Tim Kaine and Hillary Clinton."

The Los Angeles Times reported that Cuban called Clinton’s campaign chairman on Thursday to say he was ready to endorse Clinton.