Marietta police are reminding drivers about Georgia's Move Over Law

MARIETTA, Ga. - Marietta police posted a cautionary tale of a video to its Facebook page on Wednesday.

It shows the early morning hours of Sunday as Officer Coleman worked a single-vehicle wreck along Interstate 75 near Exit 263. In the video, the officer could be heard calling for a HERO unit and then seconds later, a loud, cringe-worthy sound as a second vehicle slammed into the back of his partner’s patrol car.

The body cam video shows the officer jumping out of the way in time and no one was injured, but highlights the dangers of emergency workers along a busy high-speed highway.

“THIS, this is why we must ALL slow down and move over one lane for any construction, DOT, EMS, FIRE and PD vehicles when emergency lights are activated!” the post reads.

The department posted a picture of the wrecked cruiser in the comments. 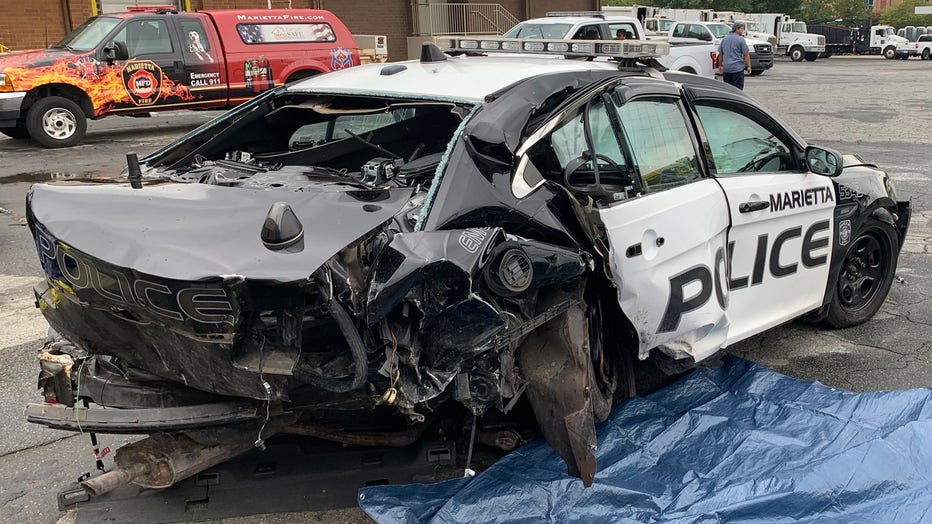 They are asking everyone to share the video to reminder fellow motorists of Georgia’s Move Over law. The law states drivers should give a full lane’s length between them and any authorities emergency vehicle which is showing flashing yellow, amber, white, red, or blue lights. It also states if a driver cannot move over due to traffic, the driver should significantly slow down below the speed limit so they can quickly stop if needed.