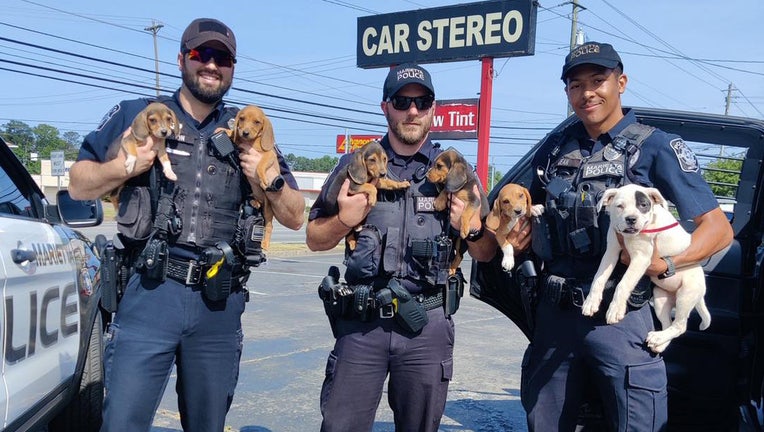 MARIETTA, Ga. - A group of Marietta Police Department officers helped round up some puppies who were wandering on a busy Cobb County highway, officials said Sunday.

In a Facebook post, the police department said six puppies got free of a fenced area and were near the Big Chicken before humans realized they were gone.

Once polite responded, all six puppies were recovered and reunited with owners.

Police reminded residents to have "escape resistant" fences and to collar pets with ID tags in case they break free.

The police department posted photos of the "PAW Patrol," short for Puppies Aimlessly Wandering, and their fugitives.

In a comment, the Roswell Police Department's official page wrote, "RPD humbly requests that the PAW Patrol becomes a multi-jurisdictional task force so that we can participate."