ATLANTA - Close to thirty people are without a home after a fire broke out at The Life of Harrington Park Apartments on Tuesday afternoon.

Andre Lewis lives in the apartment complex and said he was outside with a friend when he saw some flames coming from one of the units.

Lewis and his friend sprang into action.

"We started knocking on everybody's door. banging, banging. People are crying, trying to grab their clothes. It was crazy," Lewis said.
Lewis said the fire spread fast and soon, flames were shooting out in all directions. 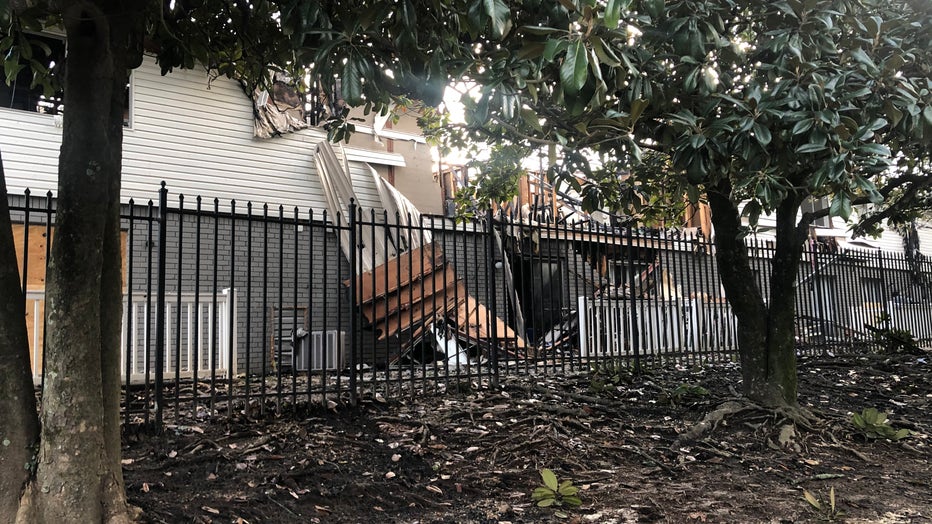 "The flames just caught quick. It spread real fast. It was bad. It was bad," Lewis said.

Crews were at the apartment complex, picking up the debris Wednesday afternoon.

A total of nine units were damaged, according to the Red Cross.

Lewis says his heart breaks to know 30 of his neighbors are now starting the new year without a home and without their belongings.

"All your life, you can work and get all this stuff you accumulate and by the flick of a hand, everything can be gone, just like that. These people lost everything. I still feel bad."

The Red Cross is helping the people who affected by helping them find a place to stay and providing food or anything else they might need.