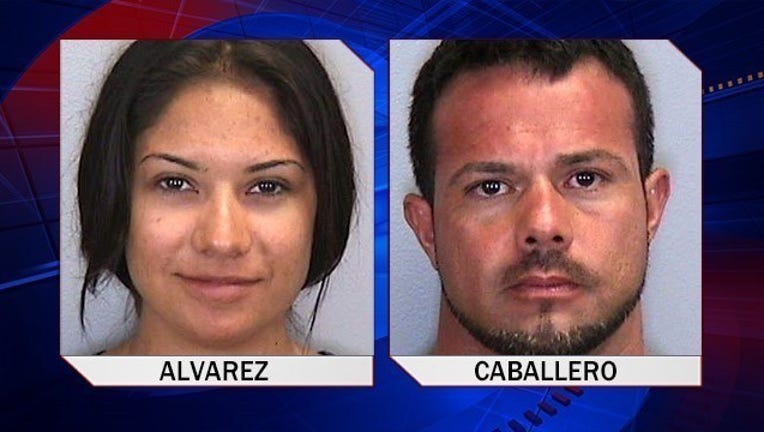 The judge told Jose Caballero, 40, that he will also be added to the sexual offender registry. He could have faced up to 15 years in prison because of a previous drug conviction.

A jury found Caballero and Elissa Alvarez, 20, guilty of lewd and lascivious behavior after they were charged with having sex on a beach in front of families with children last summer.

Although a beachgoer shot cell phone video of Caballero and Alvarez, the couple denies having sex.  They turned down a plea deal in which they both would have received prison time but would have avoided being labeled sex offenders for life.

"He was very unfairly trialed, actually. He's not guilty," Caballero's mother told FOX 13 as she left court. "They never did [have sex]. That's why they took it to trial."

The two-and-a-half-year prison sentence is what prosecutors initially offered Caballero in the plea deal.

"You think that he was exposed to 15 years and the one thing that he wasn't going to bat an eye at is the opportunity to get a reasonable plea offer of the two and a half years that we originally offered," Dafonseca said.

But Caballero's attorney, Ron Kurpiers, said he plans to appeal the verdict. Kupier said, above all, he believes the sex offender label is excessive.