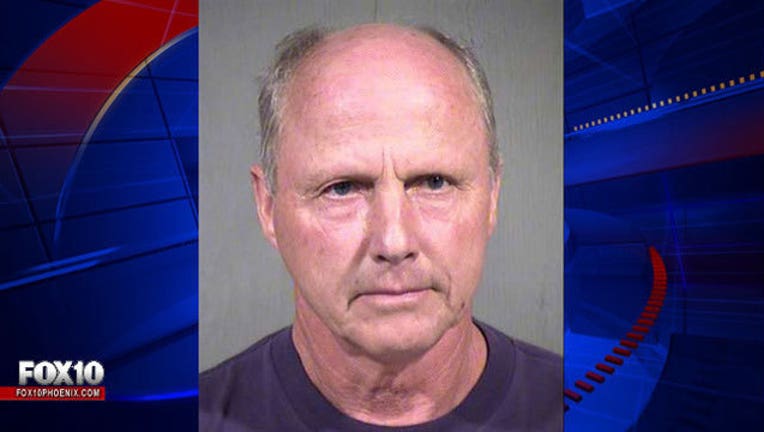 A 56-year-old man has been arrested for attempting to engage in sexually-related animal crimes involving a dog and farm animals.

A 56-year-old man has been arrested for attempting to engage in sexually-related animal crimes involving a dog and farm animals.

The Maricopa County Sheriff's Office says the James Allen Darland of Mount Vernon, Washington, offered an undercover detective his dog "Playmate" for sexual services, in exchange for multiple farm animals reportedly owned by a rancher in the Wickenburg area.

Per MCSO, "The suspect requested to spend days on the farmer's property solely for the purpose of having sex with various animals provided, including miniature horses, dogs and goats."

Detectives say Darland admitted in emails and phone calls that he'd been having sex with his neighbor's horse, dogs and sheep in Washington for some time.  Darland also stated he recently retired from a package delivery company and while working, he'd often have sex with customers' dogs when they were absent from the residence.

According to MCSO, Darland, "..also spoke of stray dogs that he would find on his route which he captured to use for sexual gratification."

Sheriff Joe Arpaio stated, "We clearly confirmed his intentions to commit this crime by statements, recorded phone calls and videos, e-mails and actions witnessed by my detective, leaving no doubt in his mind that Darland fully intended to carry out his perversion by committing the crime of bestiality."

Darland was booked into the 4th Avenue Jail in Phoenix on conspiracy to commit bestiality, which is a Class 6 felony.  His dog was seized during the investigation and taken to the Arizona Humane Society to determine if the animal had been sexually abused.

This marks the ninth arrest by the sheriff's office for the crime of bestiality.