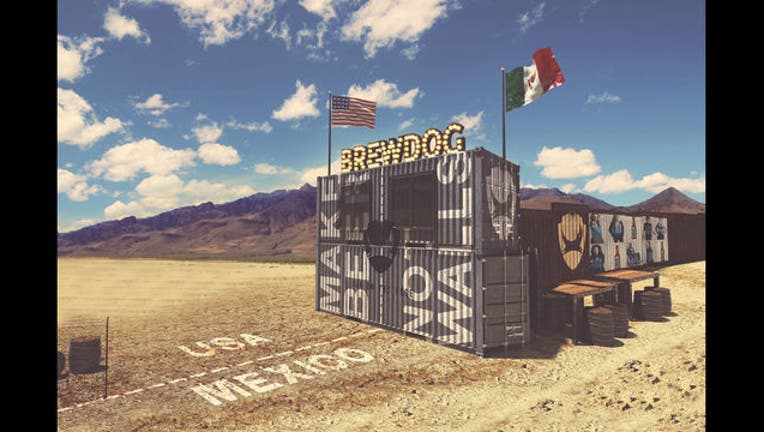 (FOX 11) - A Scottish-based brewery announced plans this week to open a new craft beer bar that "straddles" the border between the United States and Mexico.

BrewDog said the new establishment will be called "The Bar on the Edge." In a press release, the company said the new bar is about collaboration and inclusivity.

The brewery did not reveal the exact location, but said half will be in Texas and the other half in Chihuahua, Mexico. The geographical border will be represented by a dotted line across the center of the bar and along the venue’s outdoor seating area.

BrewDog said the bar will be built using old shipping containers and plans to serve Mexico beers on the U.S. side, and U.S. beers on the Mexico side.

If it sounds like a logistical nightmare, co-founder James Watt didn't seem too worried.

"We will request official permission from the local authorities to put it there and adhere to any red tape stuff, but I guess it would make it more difficult to build a wall if there’s a BrewDog bar in the way," Watt said. "We’re planning on putting the bar there anyway until someone tells us to move it."