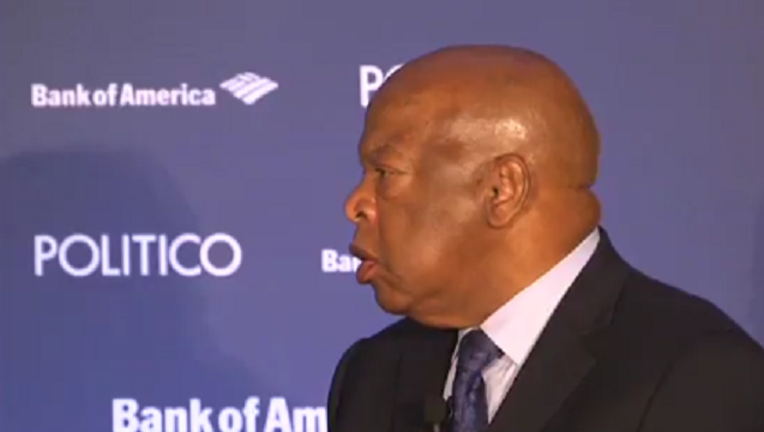 AUGUSTA, Maine (AP) - Republican Gov. Paul LePage on Tuesday offered an erroneous history lesson about racial segregation to a black Georgia congressman who risked his life to fight for civil rights, and he called on the NAACP to apologize to white people.

"You know, I will just say this: John Lewis ought to look at history," LePage, who's white, said on WVOM-FM. "You It was Abraham Lincoln that freed the slaves. It was Rutherford B. Hayes and Ulysses S. Grant that fought against Jim Crow laws. A simple thank you would suffice."

Lincoln signed the Emancipation Proclamation in 1863 and pushed for the 13th Amendment, which abolished slavery. But historians say LePage is wrong about Jim Crow laws, which legalized racial segregation.

Jim Crow laws didn't exist during the Grant administration and an electoral deal that put Hayes in office led to the end of Reconstruction and the removal of federal troops, setting the stage for the creation of Jim Crow laws that followed, said Colby professor Dan Shea.

"Paul LePage is going to give John Lewis a tutorial on the history of black oppression in the United States? That's rich," Shea said.

LePage's criticism of Lewis comes on the heels of Lewis' comments last week that he would not attend Trump's inauguration.

"You know, I believe in forgiveness. I believe in trying to work with people. It will be hard. It's going to be very difficult. I don't see this president-elect as a legitimate president," Lewis said in an interview with NBC's "Meet the Press" that aired Sunday.

Later in the afternoon, the governor tried to clarify his remarks to the Portland Press Herald by saying he felt all white people were being lumped together. He said that the "NAACP should apologize to the white people, to the people from the North for fighting their battle."

The governor also said that "the blacks, the NAACP" paint white people with one brush and added that "to say every white America is a racist is an insult." The governor has said a racist "is the absolute worst, most vile thing you can call a person" and last summer left an expletive-laced voicemail for a Democratic legislator that he thought called him a racist.

LePage said he knows many Maine families who had ancestors who fought in the Civil War. Maine, the nation's whitest state, is 95 percent white, according to 2015 census estimates.

The head of the Portland branch of the NAACP says it's unfortunate that LePage tried to revise history and disparage a civil rights leader a day after Martin Luther King Jr. Day.

LePage on Tuesday also had harsh words for a Maine congresswoman who is among more than 40 House Democrats so far to say they are skipping Trump's inauguration. He said Rep. Chellie Pingree should resign if she doesn't attend.

"They're trying to bully us out of believing our Constitution," LePage said of Democrats.

Pingree said Monday that "President-elect Trump's actions go beyond any kind of reasonable debate_they threaten the constitutional values our country is based on."