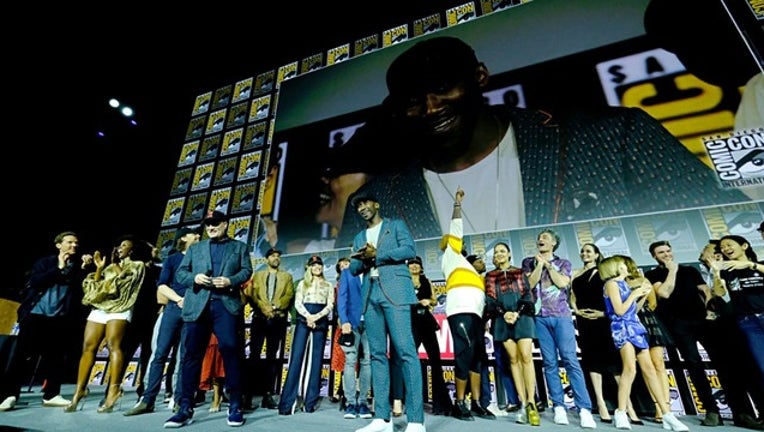 Marvel Studios President Kevin Feige closed out an epic presentation Saturday at Comic-Con with the news.

Ali joined his fellow Marvel Cinematic Universe stars on stage and simply put on a black baseball hat that had the word "Blade."

Feige says right after winning his second Academy Award for "Green Book" earlier this year, Ali set up a meeting with the superhero studio.

Within 10 minutes, Ali asked what was happening with "Blade" and said he wanted to play him.

Wesley Snipes played the half-vampire in three films for New Line Cinema and in a recent cameo in "What We Do in the Shadows."

Although there were rumors that Snipes would return over the years, nothing had officially progressed with the property on the big screen since the rights reverted to Marvel Studios in 2012.