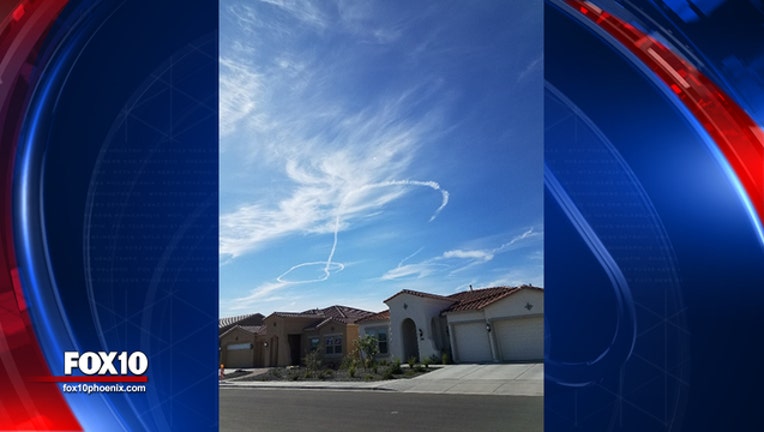 FOX 10 received the photos from viewer Chris Baker. The photos were taken in a residential area near the Loop 303 and Camelback Road, and shows an aircraft contrail that vaguely resembles the male anatomy.

Officials with Luke Air Force Base said the 56th Fighter Wing's senior leadership have reviewed training tapes from the flight, and confirmed that F-35 fighter jets were conducting standard fighter training maneuvers Tuesday afternoon, in the Gladden and Bagdad military operating airspace. Base officials said there was no nefarious or inappropriate behavior during the training flight.

In late 2017, people in parts of Washington state saw a skywriting that resembled the male genitalia. Officials with Naval Air Station Whidbey Island later said one of its aircraft was involved in drawing the image. In an article published by the Navy Times, it is unknown what discipline those involved faced, and military officials declined to provide such records, citing privacy regulations.