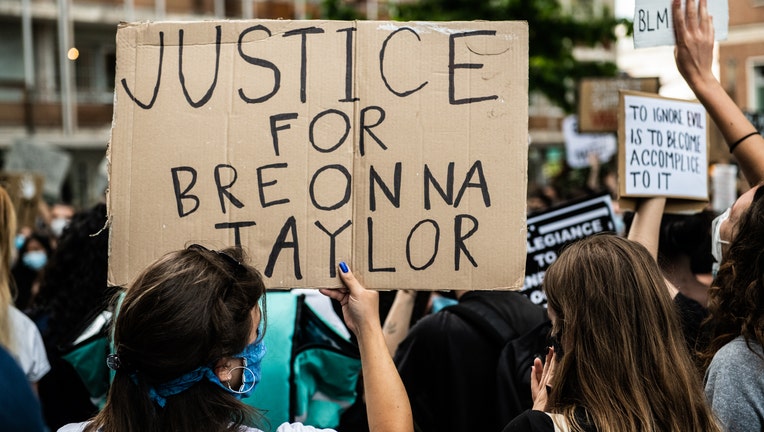 LOUISVILLE, Ky. - One of the three police officers involved in the fatal shooting of Breonna Taylor has officially been terminated, effective Tuesday, according to a tweet from the Louisville Metro Police Department.

In a letter tweeted by the police department, Schroeder wrote that he had decided to proceed with firing Hankison following a review during a pre-termination meeting held on Tuesday.

“Your actions displayed an extreme indifference to the value of human life when you wantonly and blindly fired ten (10) rounds into the apartment of Breonna Taylor on March 13, 2020,” the letter reads.

The letter says Hankinson fired the rounds “without supporting facts” that the deadly force was directed at a person posing an immediate threat.

"I find your conduct a shock to the conscience," Schroeder said in the letter. “Your actions have brought discredit upon yourself and the Department.”

Schroeder added in the letter that Hankinson may appeal the decision to the Police Merit Board in writing within 10 days.

Meanwhile, FBI agents went to Taylor's apartment Friday as part of their independent investigation into her death, FBI officials in Louisville said in a statement.

“When investigating potential civil rights violations, the FBI will take a fresh look at all the evidence, including interviewing witnesses who have already spoken to the original investigating agency, interviewing witnesses who have not yet spoken to law enforcement and examining all physical and video evidence to better understand what transpired," the FBI statement said. “Today’s action is part of this process.“

Taylor, an EMT who was Black, was shot eight times by officers who burst into her Louisville home using a no-knock warrant during a March 13 narcotics investigation. No drugs were found at her home.

The warrant to search Taylor’s home was in connection with a suspect who did not live there. Police used a no-knock search warrant, which allows them to enter without first announcing their presence. Louisville’s Metro Council recently voted to ban the use of no-knock warrants.