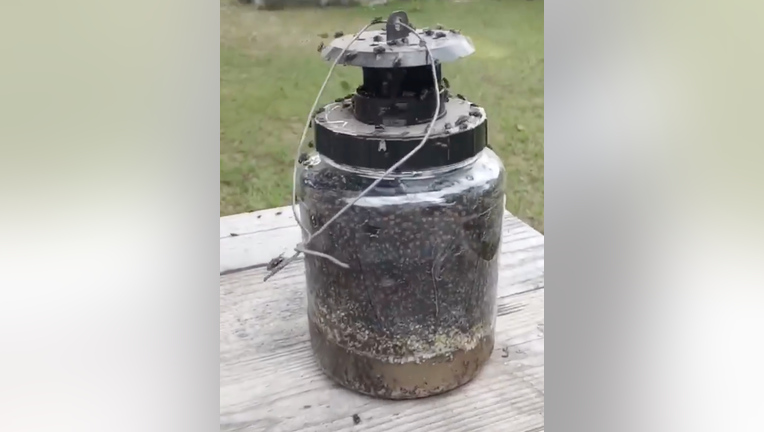 Flies swarm to a trap near a soil amendment spray site in Jefferson County. (Special photo)

AVERA, Ga. - The owners of a defunct Georgia dairy farm agreed to pay $85,000 for causing a toxic spill that killed nearly 1,700 fish.

Complaints about soil amendments have grown across Georgia as more farmers say they try to avoid the skyrocketing cost of traditional fertilizer. It’s unclear how much they pay to have their fields sprayed, or whether they actually get paid themselves.

Complaints about soil amendments have grown across Georgia as more farmers say they try to avoid the skyrocketing cost of traditional fertilizer.

But it’s the mystery of what’s exactly in the spray that has also generated more controversy, along with the putrid smell and invasion of flies it often brings to people who live nearby.

"The last 60 to 70 days, they’ve been awful," complained Gene Brown, 78, a retired farmer who lives in Jefferson County. 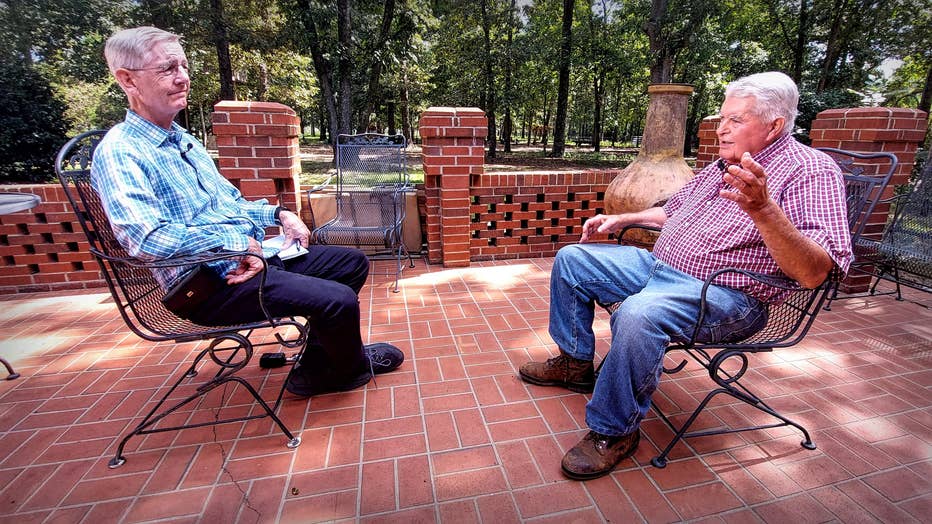 Gene Brown spent most of his life in farming. He says he's never smelled anything as revolting as the soil amendment being sprayed across the road from his home.

"It’s unbelievable," he said, sitting on his back patio across from a soil amendment spray site. Brown said the spraying has continued non-stop for two months.

Brown described the smell as "human rotten waste." A widower, he had to buy scented vanilla candles from the local dollar store so he could sleep at night.

"I’m not a candles man," he continued. "I had to burn them to kill the smell that’s coming in my house."

Then there are the flies. While the FOX 5 I-Team interviewed Brown, flies routinely made their presence known. Home videos shot by other Jefferson County residents show fly traps covered in black, pulsating with a seemingly endless supply of customers. 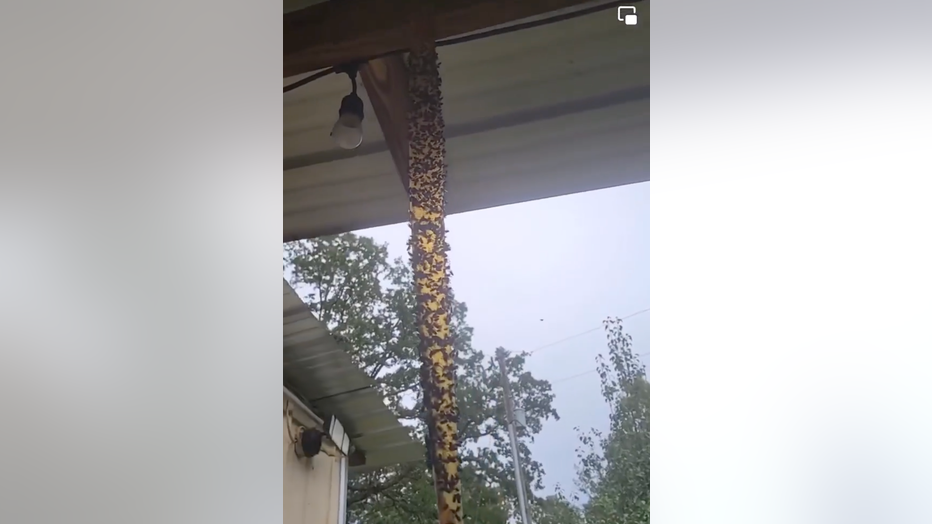 The FOX 5 I-Team previously reported how soil amendments are regulated only on the state level. Local governments have no control over where they’re sprayed or any nuisance they may cause to their communities.

The Department of Agriculture is currently updating its rules. So far, at least nine county governments have written, urging the state to let them play a role in regulating soil amendments.

Even though soil amendments are legal, some companies are clearly not happy with the public attention they’re getting. 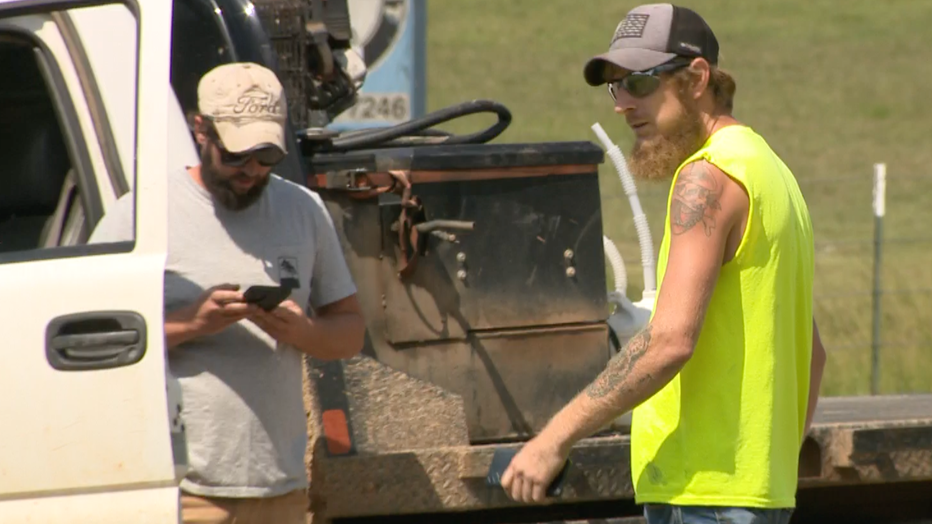 Workers with this soil amendment spray company became so upset with the FOX 5 I-Team presence across the road they called 911.

The spray driver across the street from Gene Brown continuously honked his horn as the FOX 5 I-Team conducted an interview, at one point hopping down from the cab to make his feelings even clearer with a profanity-laced series of comments.

The deputy explained no crime was being committed. Rather than being photographed, the spray driver got in his car and drove away.

"This is soil amendment," Yates told us. "It’s ran by the Department of Agriculture. If you look at the grass, it’s getting green. That’s what it’s for. It’s just liquid fertilizer. That’s it."

But Gene Brown’s field across the street was just as green. He said he didn’t use any fertilizer.

We asked what’s in the stuff Yates’ company is spraying.

But where does it come from?

"It comes from all over the place," answered Yates evasively. He did say that the field where they were spraying was not being used to grow a crop, just grass for cows to graze.

An attorney for the McAvoys did not respond to requests for comment about the fine they agreed to pay. 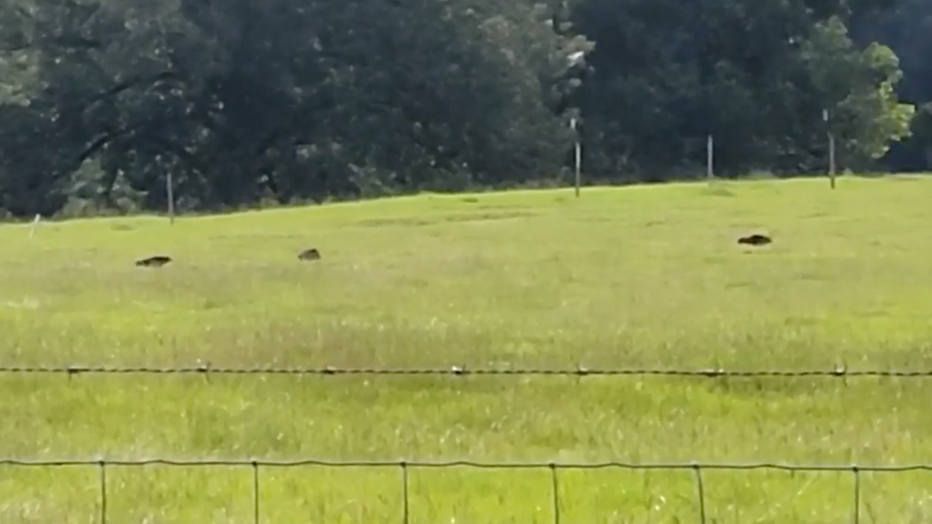 In Jefferson County, about a three-hour drive east of Atlanta, residents recorded videos of vultures circling over freshly sprayed fields, eventually landing and picking through the soil.

The day after our visit, the spraying operation moved on to a different field miles away, the Lords of the Flies continuing their controversial work near a new set of neighbors.

Gene Brown can finally stow away his dollar store candles. At least, for now.

"Only the good lord knows how long I’m going to live," he said. "But this gonna shorten it."