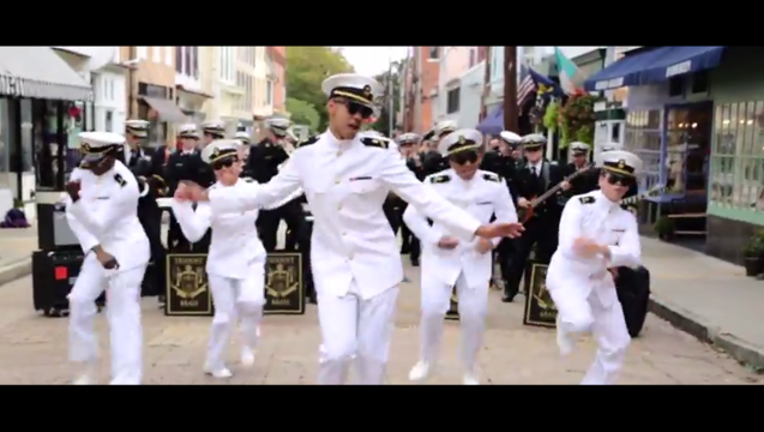 Midshipman Tuohy is the creator of several USNA Spirit Spots including "We Give a Ship," created for the Army-Navy game in 2014. Tuohy said he had the idea to remake the Uptown Funk video (by Mark Ronson featuring Bruno Mars) last November, and after working closely with the City of Annapolis, he was able to film the video just last week.

Over 50 midshipmen participated in the filming project.

The video can be seen below: