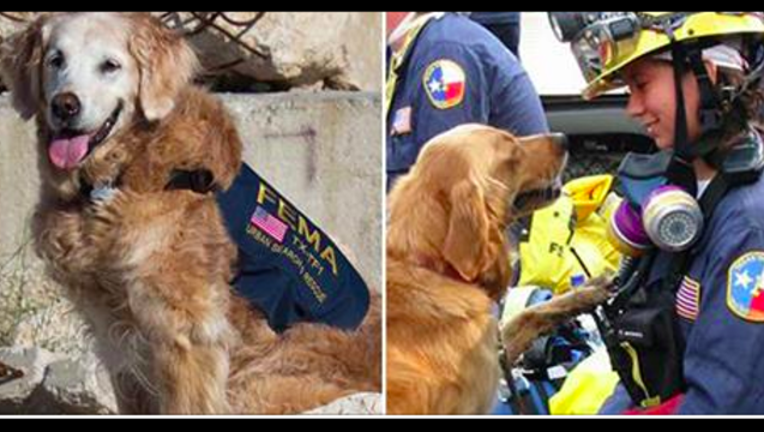 (STORYFUL) A dog that was part of the search and rescue team during the September 11 attacks with Texas Task Force 1 died on June 6 at 16 years of age.

Bretagne was euthanized after her handler Denise Corliss noticed she hadn’t eaten in three days and knew it was time to say goodbye.

Bretagne was believed to be the last surviving search-and-rescue dog that was part of the response team for the 9/11 attacks.

She also worked during Hurricane Katrina.

After she retired at the age of 10, Bretagne was an ambassador for the CY-Fair Volunteer Fire Department and helped other dogs with their training. She also regularly visited Roberts Road Elementary School in Hockley, Texas, where she helped out children practicing their reading by patiently listening.