LOS ANGELES - Los Angeles County has extended agreements with two PR firms hired to guide the county’s COVID-19 messaging and is using federal CARES Act money to offset part of the cost of their contracts, which now total $2.9 million, according to documents obtained exclusively by FOX 11.

In April, FOX 11 first reported on the existence of two no-bid contracts awarded by L.A. County to PR firms Mercury Public Affairs and Fraser Communications for emergency COVID-19 communications assistance. At the time, both firms were being paid $200,000 each, for a total of $400,000, despite the fact that the county has a fully staffed county communications team.

FOX 11 reported that campaign finance reports revealed that Fabian Nunez, a former lawmaker in the California State Assembly, now a consultant at Mercury, donated the maximum $1,500 allowed to L.A. County Supervisor Board Chair Kathryn Barger's campaign in February, the month before the no-bid contract was approved.

Barger previously told FOX 11 the donation had no bearing on the county’s approval of the contract.

In June, FOX 11 reported that the contracts had been extended, and the firms were being paid a total of $1.9 million, a nearly fivefold increase since April. 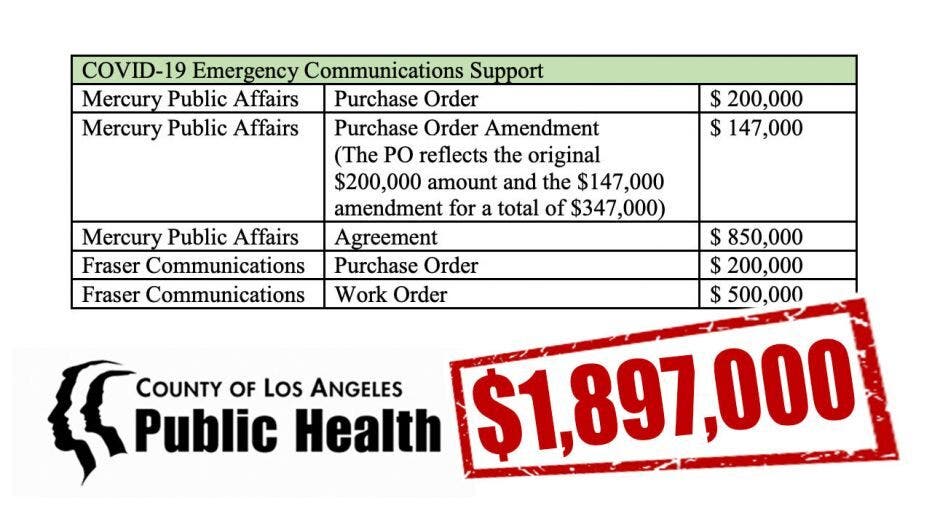 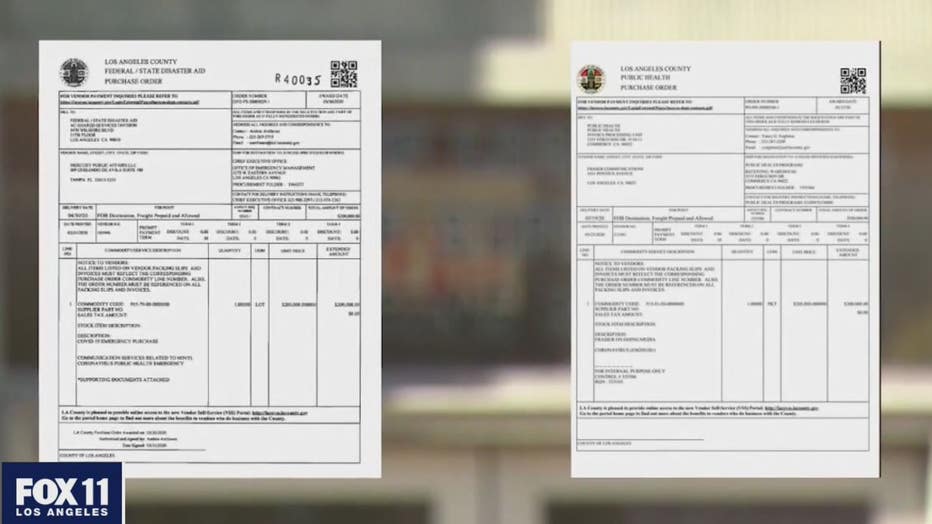 The contract was signed off on by L.A. County Public Health Director Dr. Barbara Ferrer. 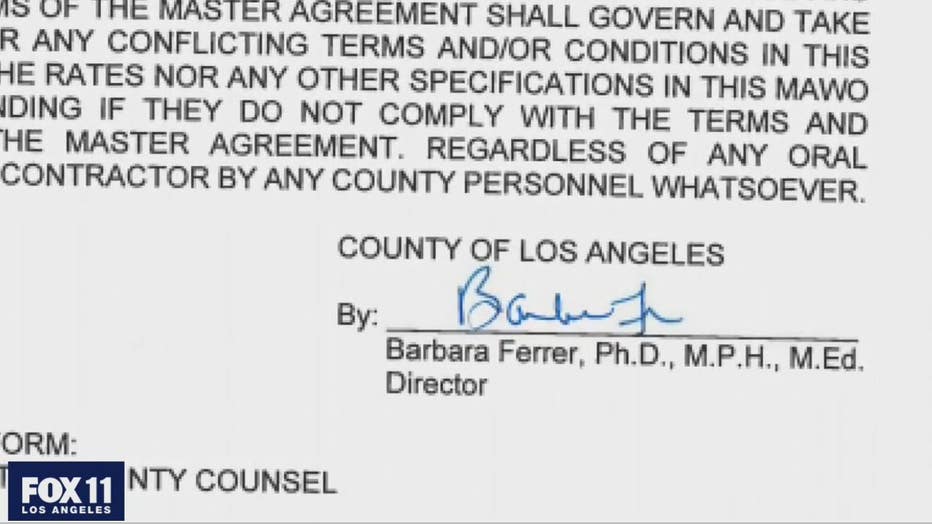 The County is now paying both firms a total of $2.9 million, a 650% increase from when the contracts were first signed seven months ago, and according to Fraser’s contract, L.A. County is using federal CARES Act money to offset the cost of the contract through the end of 2020. County funds will pay for it through 2021.

“When I heard that, I went nuts, do you know how many small businesses they could save?” said Joseph Tahanian, the owner of the Wine Cave in Montrose. 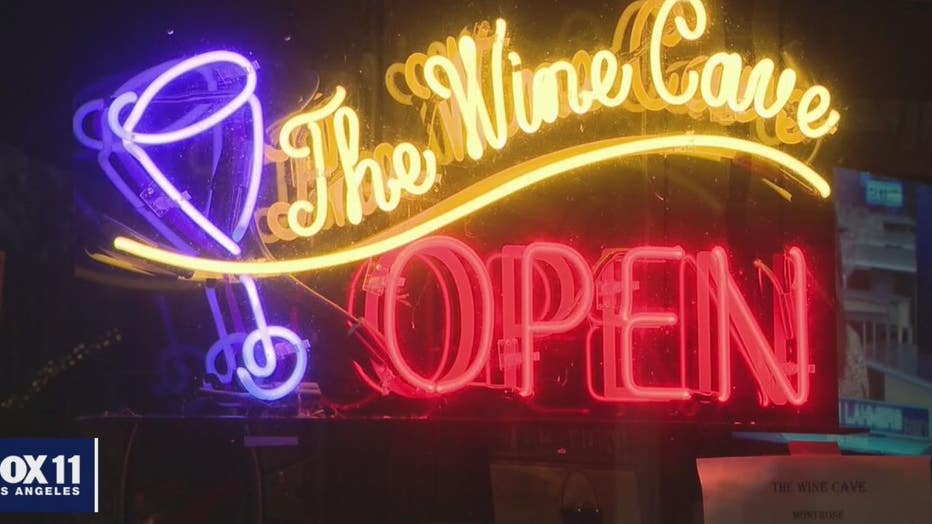 Tahanian’s business has been shut down since March 15th, and he says he hasn’t received a penny of federal assistance, despite applying for it.

“Nothing, zero dollars,” he said. 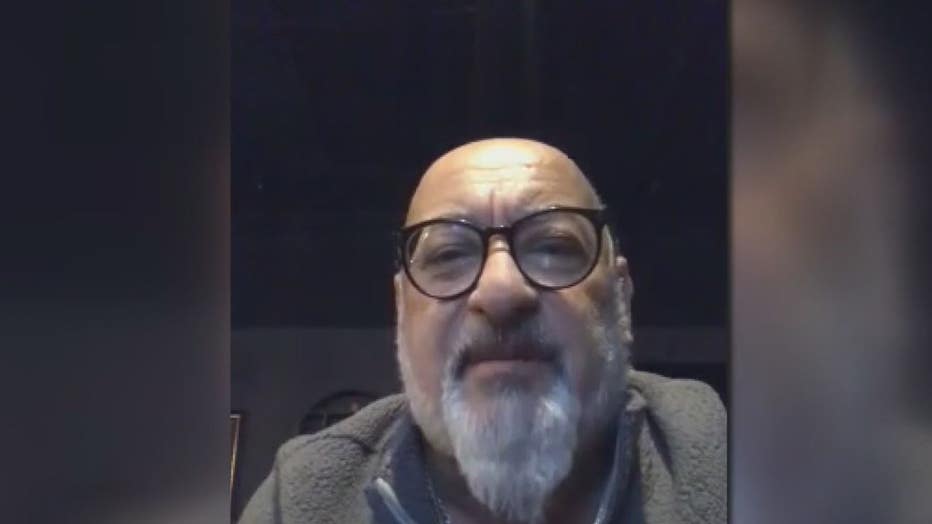 “You know what I’m gonna do? The Wine Cave should become a PR firm, maybe I’ll get some money that way. How do they expect me to survive and keep my business going when I have no income for the past 8 months. I don’t have a huge bank account, whatever I had, it’s gone. This is crazy, why? So I get a text message from the County saying face masks are mandatory for you to wear? That’s it? They’re spending $3 million for that? Give me a break.”

According to Fraser’s contract, the firm is responsible for drafting press releases and talking points, creating social media messaging, and developing a social media listening program to monitor public perception on how L.A. County is handling the pandemic. All of it comes at a time when COVID-19 cases are skyrocketing in the county.

“It doesn’t seem like it at all, it has no effect whatsoever,” said L.A. County Sheriff Alex Villanueva when asked if all of the money pumped into the messaging is working. “It’s the same talking heads all the time, people have tuned out.” 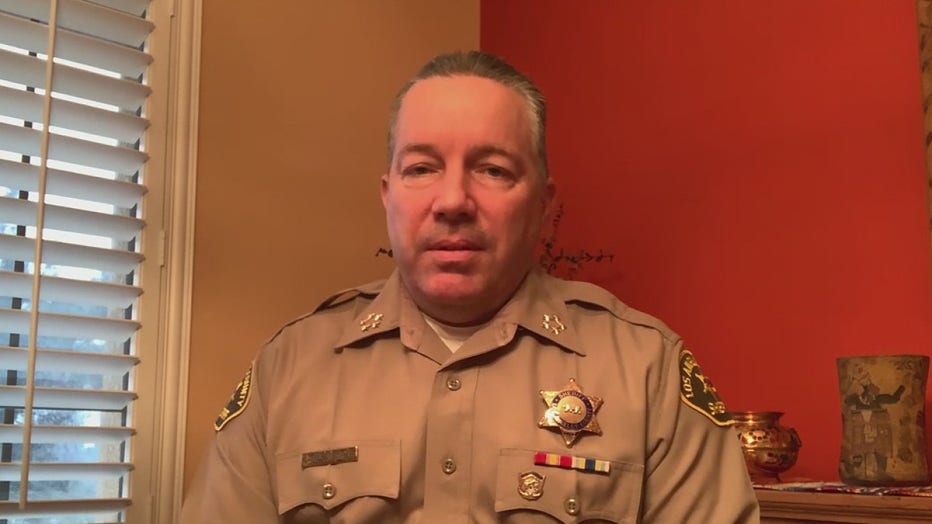 Villanueva says neither the PR firms nor the Department of Public Health has ever coordinated with his department when it comes to their COVID-19 messaging or health orders.

“That has been our complaint from the beginning since March,” Villanueva said.

“They issue these orders like Moses and the Ten Commandments, they’re zapped into stone and then they walk down and say here’s the new public safety order, but we never have any input into them or how they’re going to be enforced or if we can feasibly enforce them, no interaction at all.”

When FOX 11 asked the L.A. County Department of Public Health how it is appropriate to use federal coronavirus relief money for their PR purposes, DPH sent FOX 11 the following statement:

“In the face of a once in a lifetime pandemic, the Los Angeles County Department of Public Health made the necessary decision to bring in additional resources for the massive undertaking of communicating information about an unknown virus in one of the largest, most diverse counties in the country. Expanded activities include responding to hundreds of requests each week from media partners, creating and disseminating new culturally and linguistically appropriate educational materials daily through various communications channels, and participating in dozens of briefings each week to provide information and respond to concerns.”

“Communications is one of the County’s most important tools to combat COVID-19. In order to contain this pandemic and protect lives, we need to regularly reach every one of our 10 million residents with information about how residents can protect their own health, the health of their families, and their communities. Our consultants are helping us reach all our residents with life-saving information and every cent we spend saves lives,” Kuehl said.

L.A. County Board of Supervisors Chair Kathryn Barger was not available for comment on Wednesday, but she also previously expressed support for the hiring of the firms to FOX 11.

"We have one of the most diverse regions in the world, and our communications must reflect our diversity in language, socio-economic status, and access to information. While the County’s response to COVID-19 utilized the skillsets of communication professionals across every department, it was imperative to bring in additional resources to augment our communications given the enormous impact this virus has put on the millions of residents, business, and organizations throughout the County. FEMA has already approved reimbursement to L.A. County for the initial phases of contracted communications work, recognizing the critical need of these massive efforts. We anticipate the next phase of communications efforts will also be reimbursed by FEMA as we continue to keep our communities safe and informed."

In this case, almost $3 million between the two of them.

“The pigs are lining up at the trough and it’s oink, oink, oink,” he said.