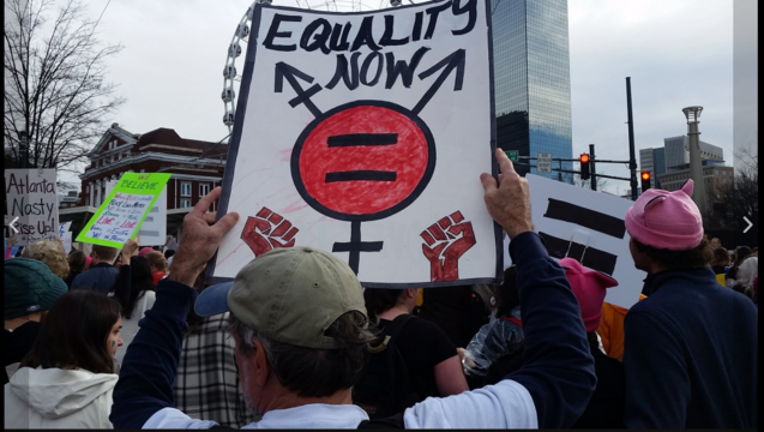 FRANKLIN, Tenn. (AP) - The owner of a Tennessee knitting store doesn't want anyone buying its yarn for arts and crafts for the women's movement, following weekend protests by marchers in knitted, pointy-eared hats.

The Tennessean newspaper reported that (http://tnne.ws/2k4Ne5u ) the comments Tuesday on the Facebook page of The Joy of Knitting store in Franklin drew thousands of responses - both support and vows of a boycott.

The social media post by Elizabeth Poe said that as a business owner and a Christian, she promotes values of "mutual respect, love, compassion, understanding, and integrity." She called the women's movement "counterproductive" to unity.

"With the recent women's march on Washington, I ask that you if you want yarn for any project for the women's movement that you please shop for yarn elsewhere," the social media post says. "The vulgarity, vile and evilness of this movement is absolutely despicable."

It's unclear whether the store sold any yarn to people who attended the massive march in Washington, .D.C, or the protest in nearby Nashville that was one of many held around the world Saturday.

Poe told The Tennessean that her phone has been ringing nonstop since she made the post. She said she has received more positive private messages than what's visible on the store's Facebook page.

Many commenters on social media called the post bigoted and hypocritical, and they vowed to take their yarn business elsewhere. Others applauded Poe for expressing her strong beliefs.

"This is starting to undermine their efforts," Poe told the newspaper. "... I think if you want to get your point across you need to do it the right way and I just think that walking around dressed as a vulva is gross. Hatred is not acceptable speech."