DEKALB COUNTY, Ga. - Deliberations in the murder trial of a former DeKalb County police officer accused in the 2015 shooting death of an Air Force veteran continued Friday throughout the day, but the jury was sent home for the weekend around 3:30 p.m. without a verdict being read. 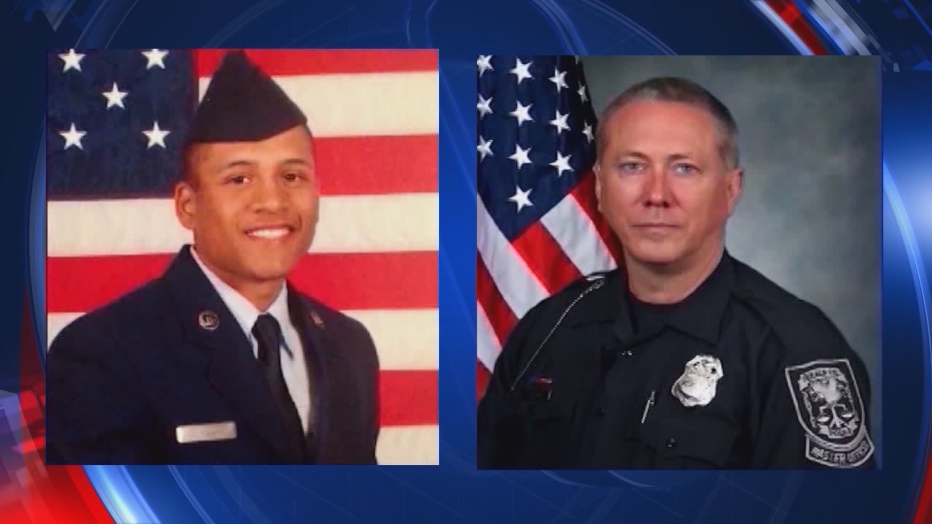 On Thursday, the jury asked Presiding Judge Latisha Dear Jackson if they were unable to reach an agreement on certain counts if that invalidated the other charges they reached an agreement on. The judge told them no and to continue to deliberate. They were let go around 3:30 p.m. and told to return Friday morning.

As court began Friday, Judge Jackson told the jury an Allen Charge will not be happening. An Allen Charge is a legal remedy designed to help deadlocked or indecisive juries.

Former officer Robert Olsen could face life in prison if convicted of murdering Anthony Hill. The jury is considering charges of felony murder, aggravated assault, violation of oath by a public officer, and making a false statement.

Hill, who was an Afghan war veteran who suffered from mental illness, was naked and unarmed when Olsen shot and killed him on March 9, 2015, after the officer responded to multiple 911 calls at the Chamblee apartment complex.

Earlier this week, the jury indicated before they broke for the day on Monday that they had come to a unanimous decision on some of the charges but could not reach an agreement on other charges. On Tuesday morning, the jury requested to review statutes pertaining to the felony murder and aggravated assault charges.

On Monday, a question asked by the jury may have given some indication of how they are leaning.

Their question to the judge was “if jurors find Robert Olsen guilty on Count 4 (violation of oath of office by a police officer), do they have to also find him guilty of count 2 (felony murder)?"

Jackson told jurors they could find Olsen guilty of the lesser charge and not guilty of felony murder.