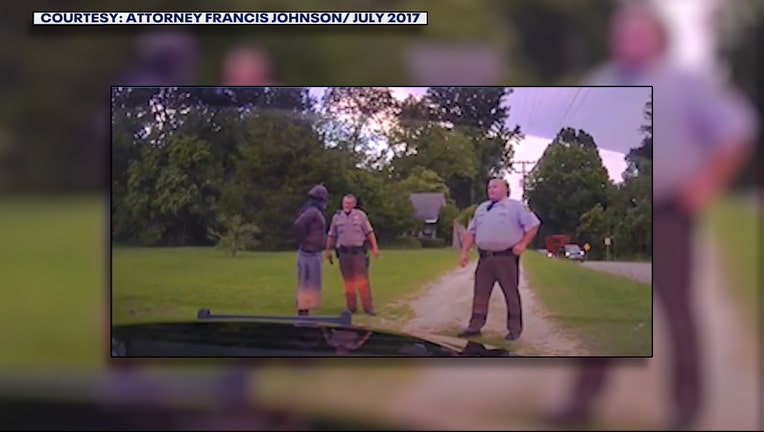 ATLANTA - Jurors have seen the videos many times at the trial of three former Georgia sheriff’s deputies accused of murdering a man during a 2017 arrest when they shocked him with stun guns.

But now they must decide what the recordings of Eurie Martin’s last moments mean, and whether they fit the law charging Henry Lee Copeland, Michael Howell and Rhett Scott with murder.

Lawyers made closing arguments Thursday in a Sandersville courtroom, and the judge said deliberations will begin Friday after he explains the law to jurors.

Prosecutors renewed their claims that Copeland, Howell and Scott, all white men, had no reason to detain Martin, a 58-year-old Black man, after a resident called 911 to report Martin as suspicious.

Martin, who had a history of schizophrenia, was walking through the central Georgia town of Deepstep on a scorching day in July 2017, taking a 30-mile (50-kilometer) journey to see his relatives.

Defense attorneys, though, argued that Martin was illegally walking in the road, littering when he dropped the soft drink ca, and obstructing an officer when he didn’t obey the commands of the deputies and taking an aggressive stance with them. They also argued that the stun gun didn’t cause Martin’s death, which means officers were not assaulting him with a deadly weapon, a key underlying element of one of the murder charges.

Defense lawyer Shawn Merzlak argued that the three former deputies are "just plainly innocent" of all charges, including involuntary manslaughter, false imprisonment and aggravated assault. The Washington County sheriff fired them before they were indicted.

"If the officer sees someone walking in the road, the officer is seeing a crime," defense lawyer Mark Shaefer said. "And he has the authority to make an arrest and the person cannot legally walk away."

"These men did not murder anyone," Shaefer later said, "They did not assault anyone. They carried out an arrest that was legal."

Shaefer said the defendants and Martin were "strangers that collided on Deepstep Road. It is a tragic, tragic accident. But it is not a crime." Weathers, though, said a death is "not an accident if your actions are in reckless disregard of what is foreseeable."

Howell and Scott, but not Copeland, testified in their own defense.

Weathers was dismissive of the defense’s repeated focus on where exactly Martin was walking on a road with no sidewalks. She also noted that officers at the scene debated charging Martin with trespassing, not illegally walking in the road. She called that claim "backfill" to cover up misconduct.

Weathers asked at one point "Seriously, is this a crime?" as she pointed at some of the extensive dashcam and witness video admitted into evidence.

Another point of contention in the case is whether the stun guns actually killed Martin. The defense said the autopsy and expert testimony indicate that Martin did not die of electrocution.

"Nowhere in this report will you see the state’s own medical expert say that the taser was the cause of the death," Merzlak said.

But Weathers said the stun guns precipitated his demise.

"It hurts to be tased," she said. "Pain causes stress, and the physiological stress is what the medical examiner said triggered Eurie Martin’s death."