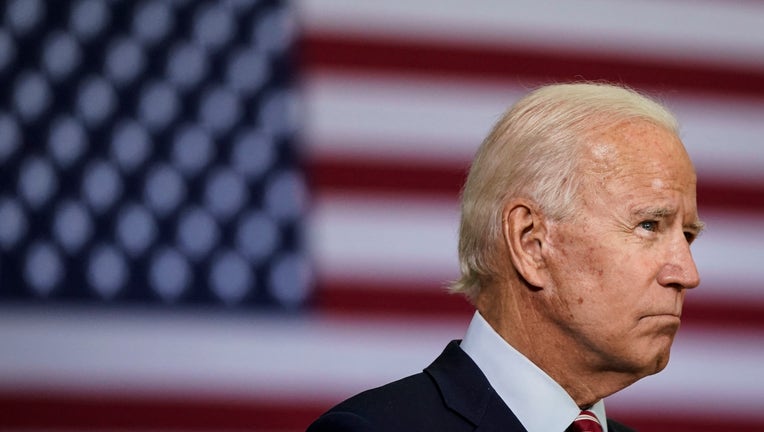 "Jill and I send our thoughts to President Trump and First Lady Melania Trump for a swift recovery. We will continue to pray for the health and safety of the president and his family," the former VP tweeted at 8:45 a.m. ET on Friday, eight hours after Trump announced his diagnosis.

Biden did not indicate if he would be tested.

Trump revealed his positive test a little before 1 a.m. on Friday, saying he and the first lady tested positive for the virus.

"Tonight, (at)FLOTUS and I tested positive for COVID-19. We will begin our quarantine and recovery process immediately. We will get through this TOGETHER!" Trump tweeted.

The president's physician issued a statement that the president and first lady "are both well at this time" and "plan to remain at home within the White House during their convalescence."

"Rest assured I expect the President to continue carrying out his duties without disruption while recovering," he added.

The two presidential rivals faced off just three days ago during the first presidential debate where COVID-19 was a topic of debate. Biden said the president had no plan, despite knowing about the seriousness in February.

Trump countered Biden during the debate, stating if he “would have listened to (Biden), millions of people would have died.”

The diagnosis marks a devastating blow for a president who has been trying desperately to convince the American public that the worst of the pandemic is behind them. In the best of cases, if he develops no symptoms, which can include fever, cough and breathing trouble, it will likely force him off the campaign trail just weeks before the election and puts his participation in the second presidential debate, scheduled for Oct. 15 in Miami, into doubt.

Trump’s handling of the pandemic has already been a major flashpoint in his race against Democrat Joe Biden, who spent much of the summer off the campaign trail and at his home in Delaware because of the virus. Biden has since resumed a more active campaign schedule, but with small, socially distanced crowds. He also regularly wears a mask in public, something Trump mocked him for at

“I don’t wear masks like him," Trump said of Biden. “Every time you see him, he’s got a mask. He could be speaking 200 feet away from me, and he shows up with the biggest mask I’ve ever seen.”

On Friday, Trump had been scheduled to receive an intelligence briefing, attend a fundraiser and hold another campaign rally in Sanford, Florida. But just after 1 a.m., the White House released a revised schedule with only one event: a phone call on “COVID-19 support to vulnerable seniors.”