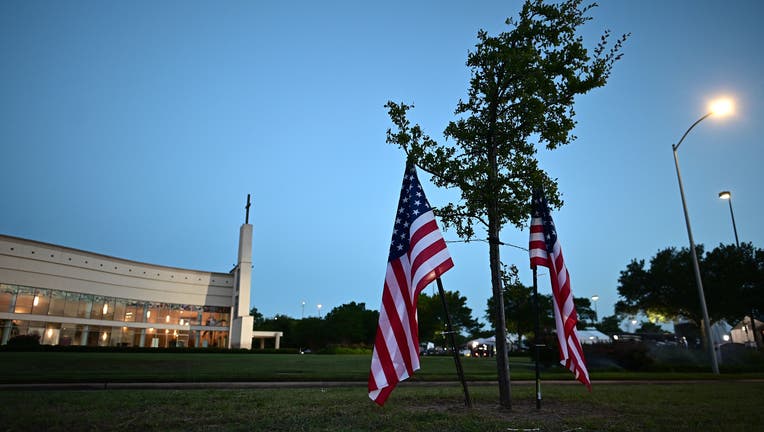 American flags are seen in front of the Fountain of Praise church where services will be held for George Floyd on June 8, 2020 in Houston, Texas. (Photo by JOHANNES EISELE/AFP via Getty Images)

WASHINGTON - Former Vice President Joe Biden plans to travel to Houston to meet with the family of George Floyd and will provide a video message for Floyd’s funeral service.

A Biden aide on Sunday described the plans of the Democratic presidential candidate. They did not include attending the service.

MORE: What you need to know about George Floyd's public viewing in Houston

Biden expects to give the family his condolences, said the aide, who discussed Biden’s plans on condition of anonymity.

A six-hour viewing will be held in Houston Monday for Floyd, who was raised in Houston. Burial is set for Tuesday in the Houston suburb of Pearland.

Floyd died after a police officer in Minnesota pressed a knee into his neck for several minutes, even after Floyd stopped moving and was pleading for air. His death has sparked days of protest around the U.S. and led to a national discussion of police treatment of African Americans and institutional racism.

A public viewing and funeral services will be held in Houston on Monday and Tuesday for George Floyd.