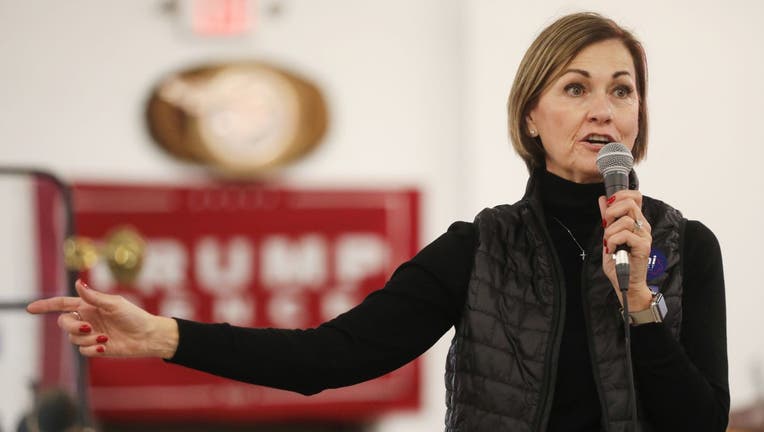 Iowa Gov. Kim Reynolds signed into law Friday a law that loosens regulations on gun ownership by eliminating the need for a permit to buy or carry handguns in the state.

The new law takes effect July 1, with many calling it a "constitutional carry" bill.

"Today I signed legislation protecting the Second Amendment rights of Iowa’s law-abiding citizens while still preventing the sale of firearms to criminals and other dangerous individuals," Reynolds said in a statement Friday afternoon.

The Republican acknowledged that the bill will not stop "bad actors" from acquiring handguns, but that it will protect her citizens’ rights.

The bill does not provide blanket freedom to purchase guns without some hurdles.

Under previous law, a citizen would need to pass a background check to obtain a permit, which was required to buy or carry handguns. The new law still requires background checks or permits for federally-licensed dealers, but it does not require them anymore for individual vendors.

Supporters of the bill claim that Iowans would still obtain permits in order to carry their handguns in other states that have reciprocal agreements with Iowa, the Iowa State Daily reported.

Democrats and gun violence prevention groups had called on Reynolds to veto the legislation.

"A person could be able to purchase a firearm from a private seller with no background check and then carry that firearm anywhere in public without any type of firearms proficiency training if this bill is adopted," State Senate Minority Leader Zach Wahls, D-Coralville, told Reynolds on a call, according to the Des Moines Register.

Wahls also pointed to previous comments Reynolds made in support of current gun law in Iowa: In 2018, Reynolds said Iowa had "reasonable and responsible gun laws."

Reynolds reiterated her stance in 2019 when she declined to support similar legislation on the grounds that background checks and permits were "the right thing to do," according to The Gazette.

Asked about those statements recently, Reynolds acknowledged that in the past she said that the policies in place were good, but she would look at new legislation as it was presented.