DEKALB COUNTY, Ga. - A K-9 officer shot in the line of duty this week at a DeKalb County townhome community is expected to be released from medical care Saturday.

According to police, officers spotted a man wanted on 11 warrants, identified as 26-year-old Akinyia Gray, inside a DeKalb County store. When he saw the officers, police say Gray started running, eventually heading toward the Hidden Meadows Townhomes community on North Hairston Road and Central Drive. 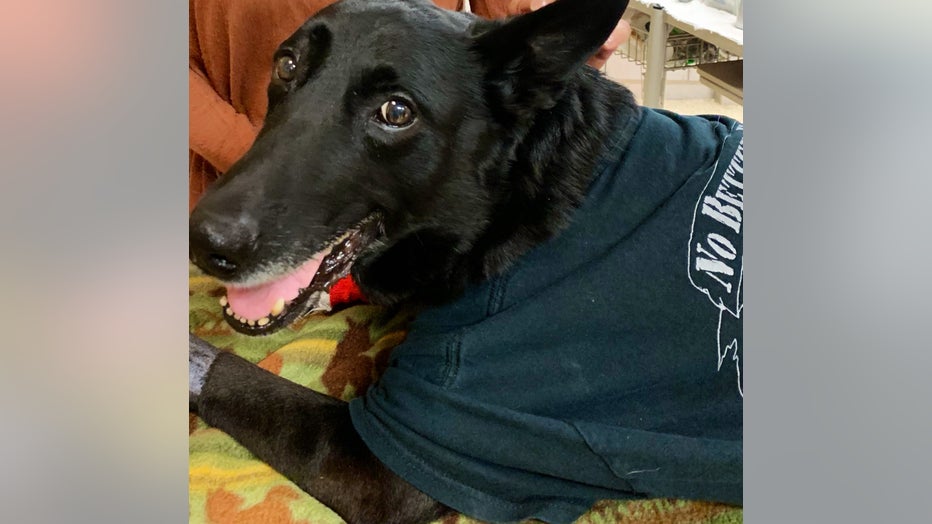 It was there at officials say Gray turned and fired a gun, hitting K-9 officer D'Jango in the lower abdomen and rear right leg.

After multiple surgeries at Sandy Springs' Blue Pearl Veterinary Hospital, police said D'Jango will be released Saturday to stay at the home of his handler, Sgt. Frank Cusimano and his family.

"We thank the doctors and staff at Blue Pearl, who also successfully treated D'Jango a few years ago for cancer," the police department said earlier this week.

D'Jango has been with the DeKalb County Police Department for six years.

No other officers were injured in the incident.