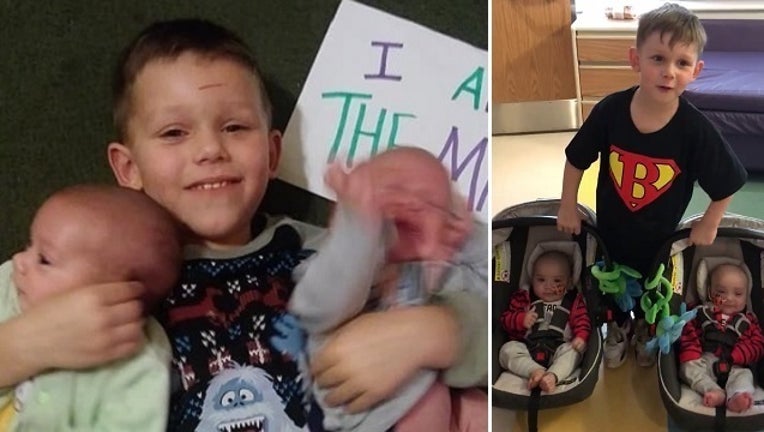 PHILADELPHIA (WTXF) - Infant twin brothers will finally be going home from the hospital after receiving a bone marrow transplant from their brave four-year-old brother.

Santino and Giovanni were being cared for at the Children’s Hospital and were in need of a transplant after they were diagnosed with Chronic Granulomatous Disease, a rare immune disorder. Only one in 500,000 people are diagnosed a year. It affects mostly boys and it can be deadly.

The family’s oldest son had also was born with CGD too, but received a stem cell donation from an outside donor.

The twins four-year-old brother Michael, did not have GSD, and was later revealed to be a match for a bone marrow transplant. Michael made the decision to donate his bone marrow to help save his younger brothers.

This week, the boys’ parents shared a video of Michael alongside his two brothers as they got ready to finally leave the hospital. In the video Michael says, “It’s time to go home,” with a smile.