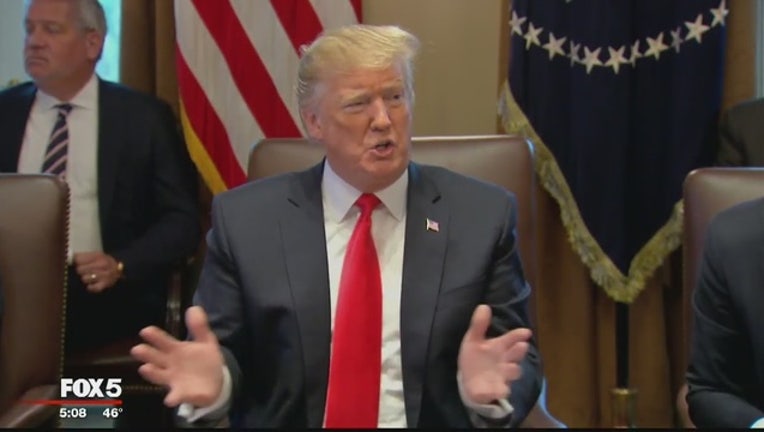 WASHINGTON (AP) - President Donald Trump pushed back Friday against some Democrats' calls to impeach him, saying they're only seeking impeachment because they know they can't win the White House in 2020.

"How do you impeach a president who has won perhaps the greatest election of all time, done nothing wrong" and has had the "most successful two years of any president," Trump tweeted. He said he's "the most popular Republican in party history."

House Speaker Nancy Pelosi has been cautious about whether her new Democratic majority would ever impeach Trump, but at least two of her members are ready to move forward. California Rep. Brad Sherman and Texas Rep. Al Green introduced articles of impeachment against Trump on Thursday, the first day of the new Congress.

Sherman and Green pushed to impeach Trump in 2017 and 2018 but the House blocked those resolutions twice, with the help of Democrats who said the effort was premature. Pelosi hasn't ruled out impeachment but has called it a "divisive activity" that needs support from both parties.

She and House Judiciary Committee Chairman Jerrold Nadler, D-N.Y., have said they want to wait for the outcome of special counsel Robert Mueller's investigation into Russia's meddling in the 2016 election and contacts with the Trump campaign.

Trump said his campaign did not collude with Russia.

"They only want to impeach me because they know they can't win in 2020, too much success!" Trump tweeted.