Actress Jane Fonda has been arrested again after attending a climate change rally outside the U.S. Capitol on charges of unlawful demonstration.

WASHINGTON - Actress Jane Fonda has been arrested again after attending a climate change rally outside the U.S. Capitol on charges of unlawful demonstration.

In a weekly tradition she’s calling “Fire Drill Friday,” Fonda said she plans to get arrested every Friday to advocate for urgent reduction in the use of fossil fuels. She hopes to encourage other older people to protest as well.

In a video posted on Twitter by Fire Drill Fridays, Fonda explained that she has chosen to “upend” her life and move to Washington D.C. where she, along with other advocates, will gather at the U.S. Capitol to bring attention to the climate crisis.

A livestream posted on Periscope showed Fonda and other activists holding a sit-in at the Hart Senate Office Building, where she was eventually taken into custody.

Her first arrest was on Friday, Oct. 11. Fonda was one of 16 people arrested for unlawfully protesting and was charged with “crowding, obstructing or incommoding.” She was released hours later. 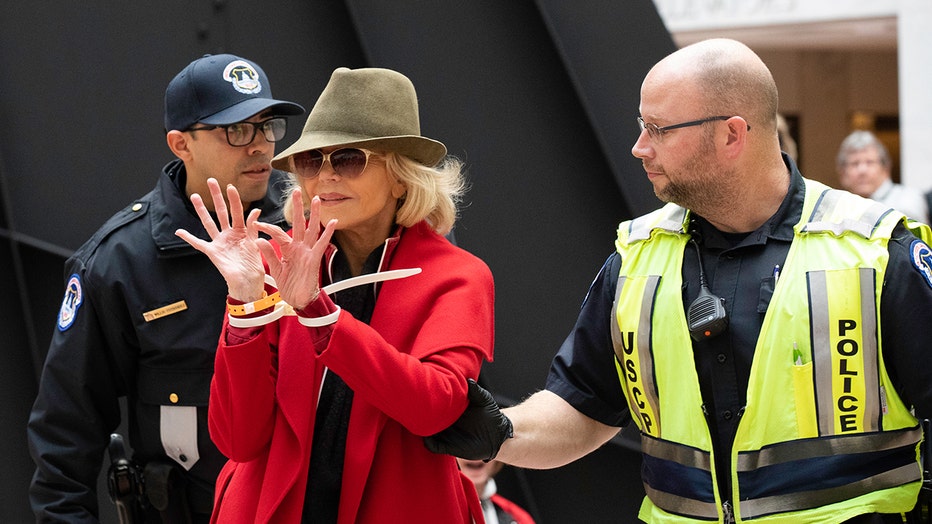 Fonda, known for her opposition to the Vietnam War, said times are different, and getting arrested in 2019 presents entirely new challenges.

These days, “they use white plastic things on your wrists instead of metal handcuffs, and that hurts more,” she told the Associated Press.