The House Rules Committee will meet to set the parameters for debate over impeachment on the House floor.

WASHINGTON - The House Rules Committee met Tuesday to determine the length and terms of debate on the House floor over the two articles of impeachment against President Donald Trump.

Tuesday’s marathon session sets the way for Wednesday’s expected landmark vote to impeach the president, which would be just the third time in U.S. history.

Trump faces two articles of impeachment brought by Democrats. They say he abused the power of his office by pressuring Ukraine to investigate Democratic rival Joe Biden ahead of the 2020 election and obstructed Congress by aggressively trying to block the House investigation from its oversight duties as part of the nation's system of checks and balances. 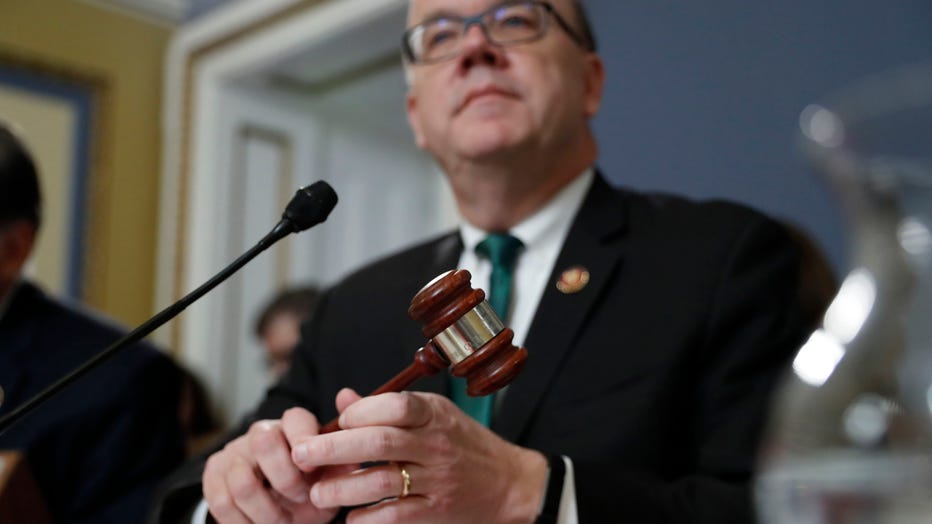 A report released Monday by the House Judiciary Committee, a historic marker like those produced during impeachment proceedings for Richard Nixon and Bill Clinton, formally lays the groundwork for the vote.

It outlines the panel's findings and includes those from the Intelligence Committee's months-long investigation that was sparked by a still-anonymous government whistleblower's complaint about Trump's July phone call with Ukraine President Volodymyr Zelenskiy. It also includes Republican rebuttals.

As the House prepares for Wednesday's vote, more than a dozen Democrats announced they would be voting for impeachment. A handful or even fewer are expected to break ranks as Speaker Nancy Pelosi marches the majority toward a vote she hoped to avoid having Democrats take on their own.

Trump, tweeting from the sidelines after instructing the White House not to participate in the House inquiry, insisted he has done nothing wrong. He is promoting lawyer Rudy Giuliani's investigation of Biden and a widely debunked theory that it was actually Ukraine not Russia that interfered in the 2016 election, a conspiracy-laden idea that other most other Republicans are actively avoiding.

Sticking to the language he has relied on for months, he tweeted Monday, “The Impeachment Hoax is the greatest con job in the history of American politics!”

Senate Majority Leader Mitch McConnell said he is hoping to avoid a drawn-out spectacle in his chamber, though Trump, a former reality TV show host, has signaled that is what he prefers as he seeks vindication. Republicans, who hold the majority, are expected to acquit Trump of the charges during a trial starting in January.

In a letter to McConnell, Minority Leader Chuck Schumer of New York proposed hearing testimony from former national security adviser John Bolton, acting White House chief of staff Mick Mulvaney and two others as part of a detailed offer he made to Republicans as an opening offer for negotiations.

Several Senate Republicans rejected that idea late Monday, saying the House should have gone to court to force those witnesses to testify over the White House's objections if Democrats wanted to hear from them.