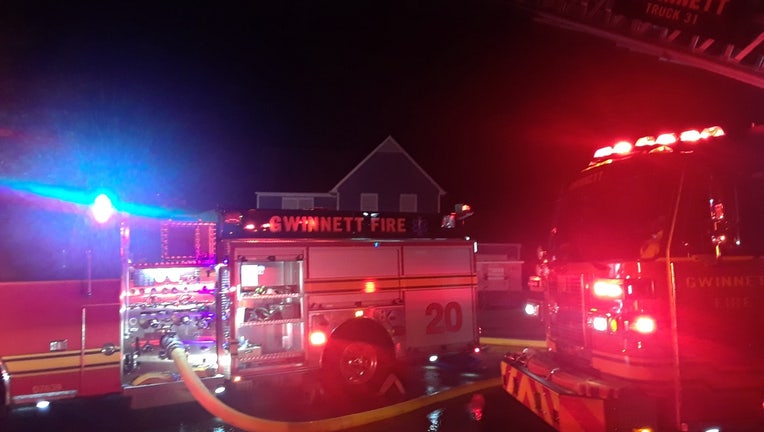 Fire officials tell FOX 5 they were called by a neighbor reporting a house fire on the 1500 block of Sisters Court in unincorporated Lawrenceville.

When crews arrived at the scene, they found the garage fully engulfed in flame and all occupants out of the house.

During their attempt to put out the blaze, firefighters were forced out of the home after the roof collapsed. Eventually, the fire was brought under control around 3:30 a.m., but not before it caused heavy damage. 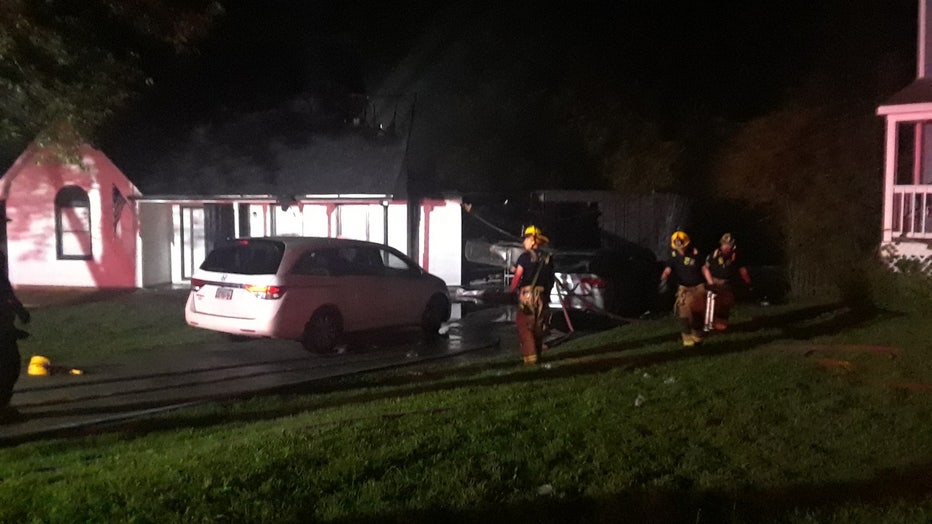 The three adults and two children who lived at the home were asleep when the fire started, but the mother woke up when he heard the children crying and discovered the garage on fire. The family had just recently moved into the home.

Investigators have not yet determined what caused the fire or where it started.