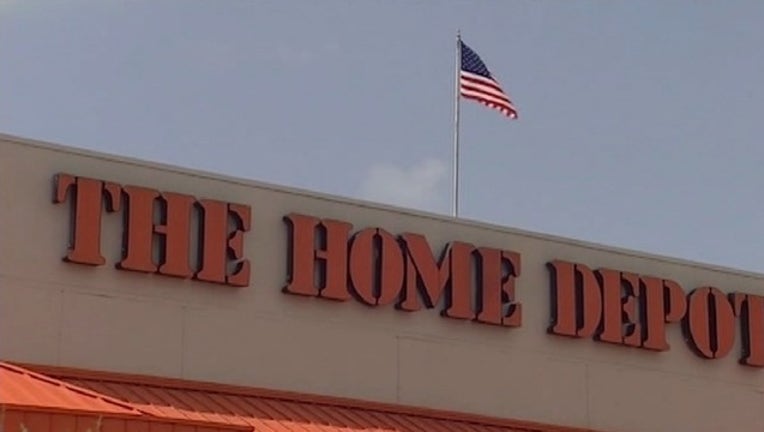 NEW YORK (AP) - Home Depot breezed past all expectations in the third quarter and raised its annual profit expectations again as Americans plow money into their homes, even amid hints that the housing market is cooling.

Comparable-store sales, a key indicator of a retailer's health, rose 4.8 percent, but it jumped 5.4 percent in the U.S., its dominant market.

Housing prices and mortgage rates are steadily increasing and home sales fell for the sixth consecutive month in September. Contracts to buy new homes, a forward-looking indicator, have been weak for months.

That is not all bad news for home-improvement retailers like Home Depot and Lowe's, which posts earnings next week.

People who buy homes are a huge revenue generator, but so are those who are investing in the homes that they already own, for a multitude of reasons.

"Home Depot's numbers are particularly impressive given that the housing market did not play ball over the period, with a slump in sales of both new and existing homes," wrote Neil Saunders, managing director of GlobalData Retail. "Over the longer term, we remain concerned that this trend will dampen some of the underlying demand for home improvement. However, we also recognize that there are a number of other factors that will elevate spending."

Home Depot raised its outlook for the year, and now expects annual earnings to climb about 33.8 percent, or $9.75 per share. Its previous outlook was for a 29.2 percent increase. Analysts surveyed by FactSet expect earnings of $9.56 per share.

For the period ended Oct. 28, the Atlanta company's profit jumped 32 percent to $2.87 billion, or $2.51 per share, far exceeding per-share projections for $2.27 on Wall Street, according to a survey of analysts polled by Zacks Investment Research.

Revenue is now expected to rise approximately 7.2 percent, up slightly from its prior forecast for an increase of about 7 percent. Comparable-store sales are now anticipated to climb approximately 5.5 percent. Home Depot previous outlook was for the metric to increase about 5.3 percent.

Shares of The Home Depot Inc. rose 2 percent before the opening bell.

Elements of this story were generated by Automated Insights (http://automatedinsights.com/ap) using data from Zacks Investment Research. Access a Zacks stock report on HD at https://www.zacks.com/ap/HD