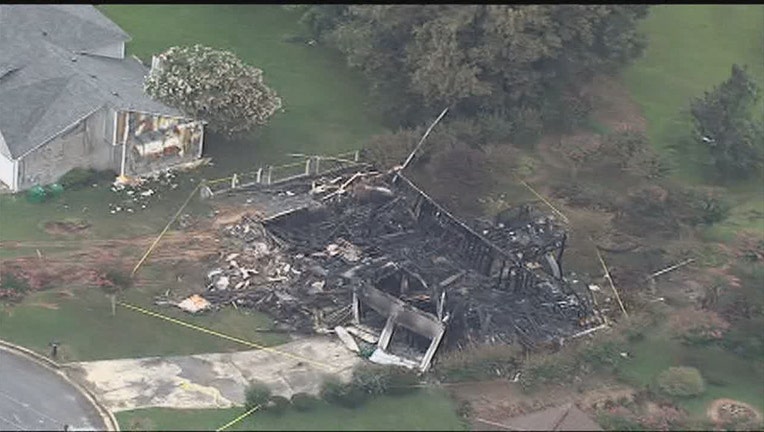 FIrefighters responded to a blaze on Berryside Drive in Lithonia on Wednesday. (Photo: FOX 5 Atlanta)

LITHONIA, Ga. - Officials in DeKalb County confirmed a blaze in Lithonia left at least one dead.

Firefighters responded to the fire at about 5:20 a.m. on 6419 Berryside Drive on Wednesday morning.

Firefighters worked to protect the surrounding homes from the "intense" flames. The second story of the home collapsed, officials said.

Remains of a body were discovered inside, officials said.

SKYFOX 5 flew over to capture footage of the aftermath left by the fire. 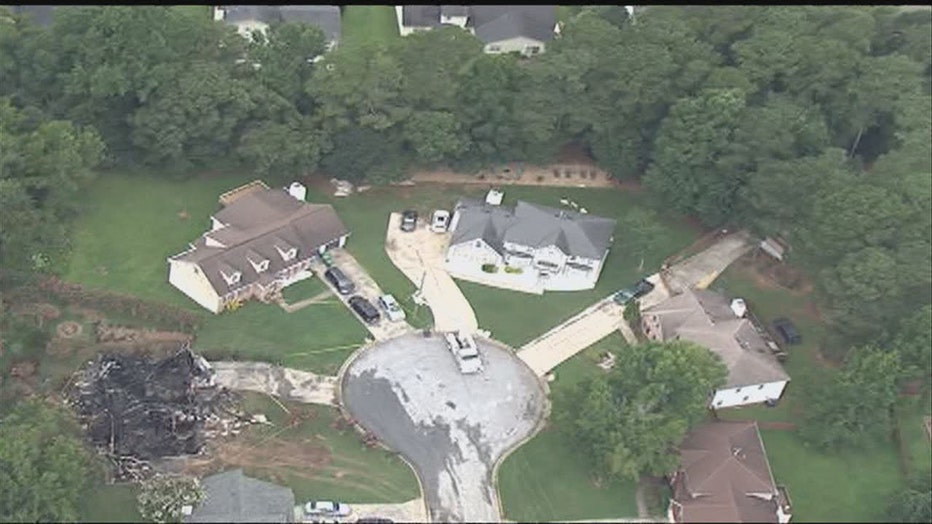 FIrefighters responded to a blaze on Berryside Drive in Lithonia on Wednesday. (Photo: FOX 5 Atlanta)

The home is one of several in a cul-de-sac on Berrside Drive. The home and surrounding yard appeared to suffer severe damage from the flames.

The cause of the fire is still under investigation, officials said.